We now have a guy called Antonio living with us for a few months to help us get things moving on the land. He’s been working for Beth’s parents for a few years and they highly recommended him to us since he’s been wanting to earn some extra money and also have some peace and quiet 🙂

He’s unbelievably fast and strong! The first job was to rebuild the south fence which was in a terrible condition. But it goes through about 250 meters of dense bush, some of in is thigh-deep in mud and water. I thought this would be the first week’s job, but he had cleared the entire 250 metres of bush with just a machete on the first morning, and the fence was completed before the end of the second day!!! He’s made and repaired many more fences since then, including about a dozen counter-masters which are used to make a firm ending that has wires pulling on only one side. In his first week, he’s also cleared huge amounts of overgrown grass and made many holes filled with manure and lime ready for planting fruit trees! 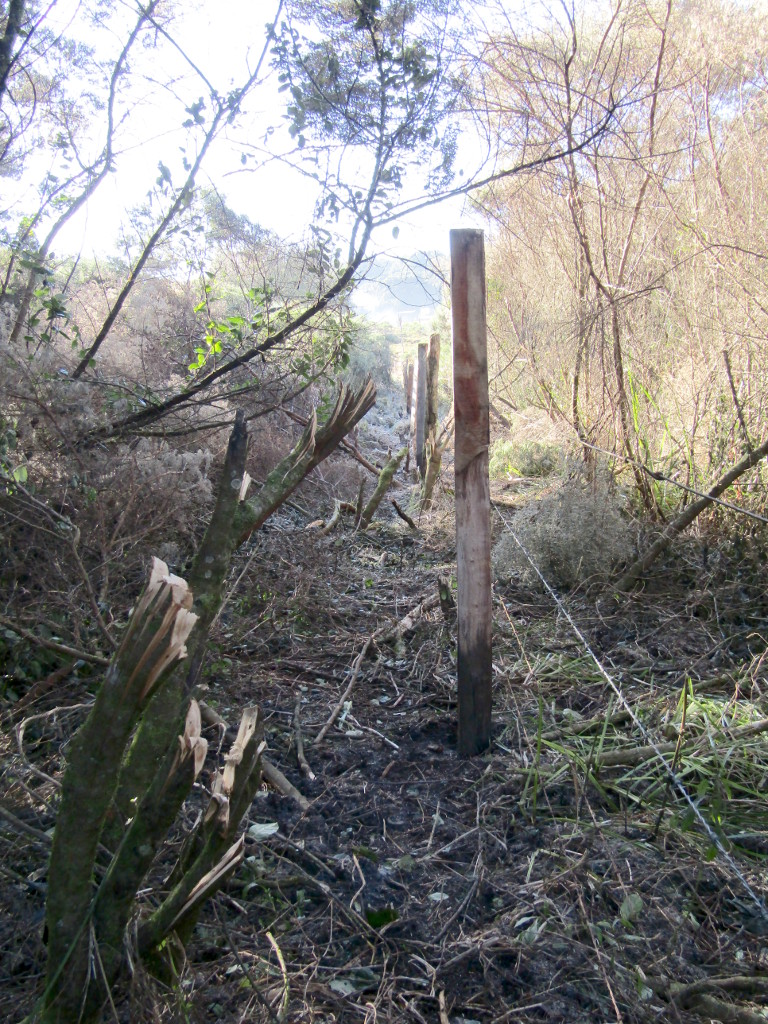 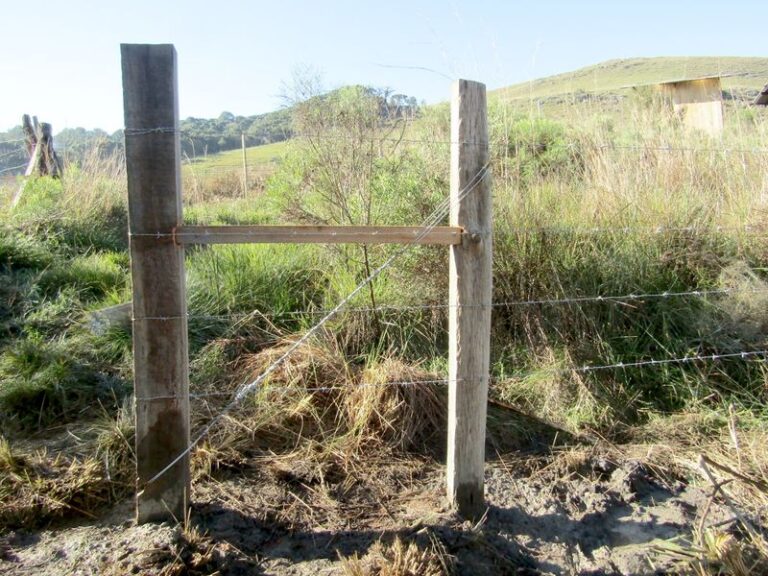 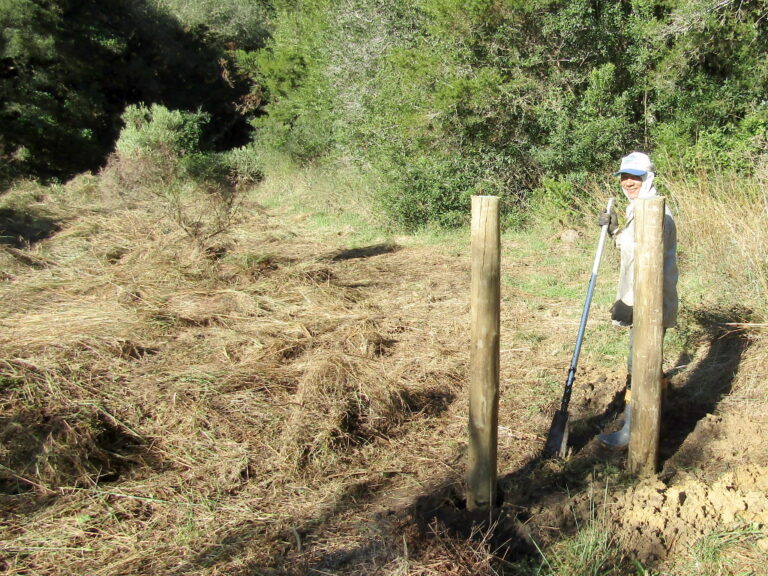 But he works so fast that we’ve been unable to get the materials he needs fast enough! Although we have been having extremely bad luck as well, there’s been too much rain for a truck to come, and half our trips we’ve made in the car to Lageado Grande and Canela have been almost a complete waste of time because the things we’ve needed have been out of stock – in all the stores at the same time! When we finally managed to successfully get an order of fence posts and buy a trailer to carry them it turned out we don’t have a tow bar attachment, we got one made, but they took so long that it was too late to pick up the wood so we had to stay in a hotel for the night. Then on the way back, one of the bridges was broken! It looks like truck carrying a load of pine had snapped one side of the bridge and a trailer full of pine logs had fallen into the river! Much of the remaining wood on the bridge was cracked, but we decided to risk it – our load was only half a ton and the bridge still looked pretty solid. Later a neighbour told us that you can actually drive across the river to the side of the bridge, we went back to check it out, and indeed we could get across quite easily, but the river bed is too rocky to try it with a trailer I think.

Just when we thought things were starting to move smoothly with a week of fine days and we were ready to place a big order of materials to be delivered by a truck, all the trucks in Brazil have gone on strike!!! Petrobras wants to raise the price of oil even though the rest of the world is lowering oil prices. It was the last straw for the truckies and they took action, now all the cities throughout Brazil are in a major crisis, there’s no petrol in the gas stations and many supermarkets are out of common items! Luckily one of our regular truck guys said he had enough gas that he could still do a delivery, but after he called in the morning to confirm the damn cell phone tower went down and we couldn’t answer him!!!

The only issue is that it seems like the cold may be a problem, he comes from much further north where it never really gets below about 15 degrees, but down here the early mornings have been well below zero. We’re getting the feeling that the isolation, the freezing cold weather and the lack of modern comforts are too much for him and he may cut his time here down a lot 🙁