We looked at many different flats, but finding one that matched both our needs was difficult. We decided to move into a temporary pensão in Boa Vista first so we could look in a less urgent way and take our time about it. A pensão is kind of like a flat but it already has all the facilities and you just pay on a month-by-month basis – but you don’t get to choose your flat-mates. We used the easyquarto.com.br site to find one that looked nice and wasn’t too far away or too expensive at R$700 per month including Internet, power and water. It was really nice at the pensão, the owner was a really cool Mexican guy who regularly came over to have a few beers with us and talk about cool alternative stuff, and there were many cool flat-mates there who are now good friends that we’ll stay in touch with 🙂

We looked at about 20 flats over a period of a couple of months, some just the two of us and some with another couple who we get on really well with. We mainly used the imoveiscuritiba.com.br and alonegocios.folha.com.br sites to do our searching (the former works through agencies and the latter directly with the property owners). Finally we found a suitable place in São Lourenço, which is a very good price – partly due to the crappy garden most likely – but some space to plant veges was exactly what we were looking for! It’s very small but quite bright and tidy inside. We’re paying R$500/month, or in NZ flatting terms, NZ$83.75/week.

Leasing a flat in Brazil is very difficult. Many of the people living at the pensão were there on a long-term basis even though they were all Brazilian, because they found it so difficult meeting the initial costs and all the requirements. The main difficulties are firstly that minimum terms for lease agreements are usually over two years and there’s a stiff penalty fee for exiting early (usually 10% of the total rent for the remainder of the term). And secondly that you need to supply a guarantor who owns property and is willing to back your rent payments with it. If you can’t supply one then there’s a huge bond of six months rent – although its held with a reputable government system and earns 5.5% interest for the duration.

We had already accumulated a fair bit of stuff in just a few months, and we also had to buy some big things like a fridge and oven, so we decided to rent a car for the day. We used the rentcars.com.br site which connects people with the most reputable and economical car rental companies in their area. The prices were very reasonable and we got this VW 4×4 for only R$130 (NZ$87.1). We had to use a credit card to supply bond of R$1600 which was refunded when we returned the vehicle undamaged (they don’t worry about minor scratches etc).

Setting up the new flat

Another difficult obstacle for flatting in Brazil is that a flat comes completely empty, so if you’re moving for the first time you have to buy everything from the toilet seat to the kitchen sink. We got everything at a big second-hand place called Mercardo das Pulgas (except the mattress, shower and aforementioned toilet seat!). We spent R$1400 at Mercardo das Pulgas which got us a fridge, an oven and gas bottle, a sink unit, a kitchen bench and drawers, three small computer desks, two office chairs, a sofa, and a tall cabinet with shelves. Here’s some pictures of the lounge/office area initially and after we populated it with some content…

When starting from nothing you also need to buy some tools and other bits and pieces to install everything. We needed to get a hammer and nails, screw-drivers, screws and hooks, drill and drill bits with a hole-borer and masonry bits, insulating and plumbing tape, pliers as well as pots and pans, cutlery, plates and cups, cleaning products, sponges broom and mop! Be prepared to shell out another R$500 for all these odds and ends.

The kitchen sink can be a bit difficult to install depending on the layout of things. Flats come with just a pipe protruding from the wall of floor and you have to buy a kitchen sink unit. You can get these new from super markets or hardware stores for as little as R$150 which gets you a kind of almost portable sink for campers, but still does the trick. We got a cheap second-hand unit with drawers and a metal sink top that fitted for about R$120. I had to drill a big hole in the bottom and then awkwardly lift the unit up and put it down over the pipe. It then needs to be connected with a flexible pipe which you can get from the hardware store for about R$5. We also got a second-hand gas oven for about R$160 and a gas bottle for it for about R$50. 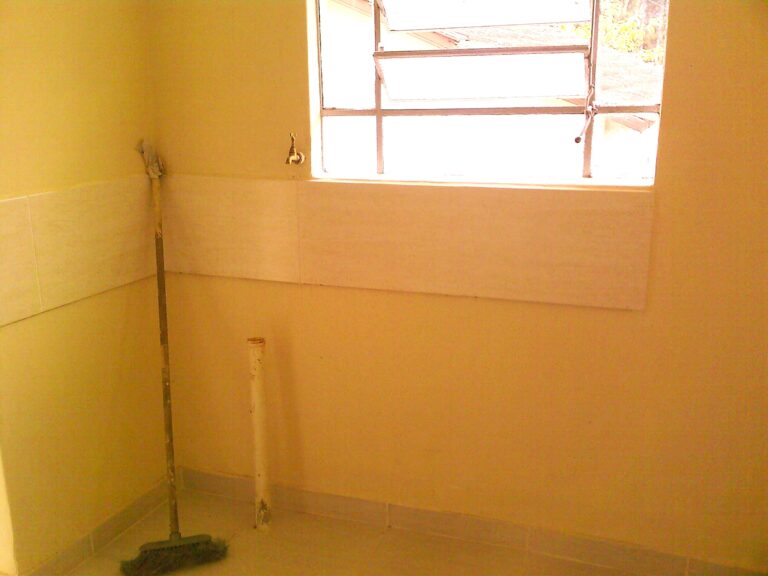 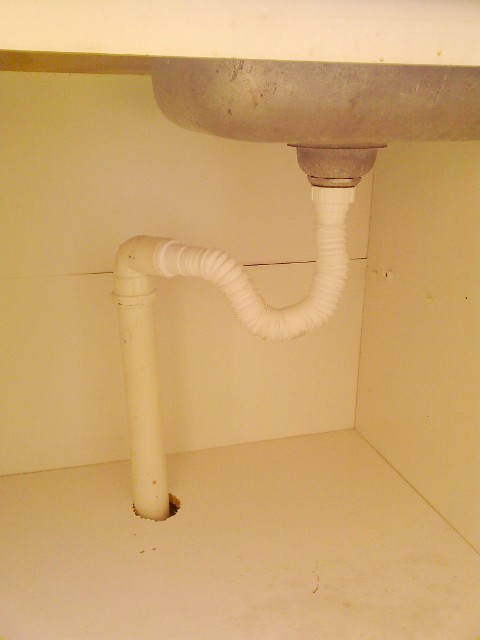 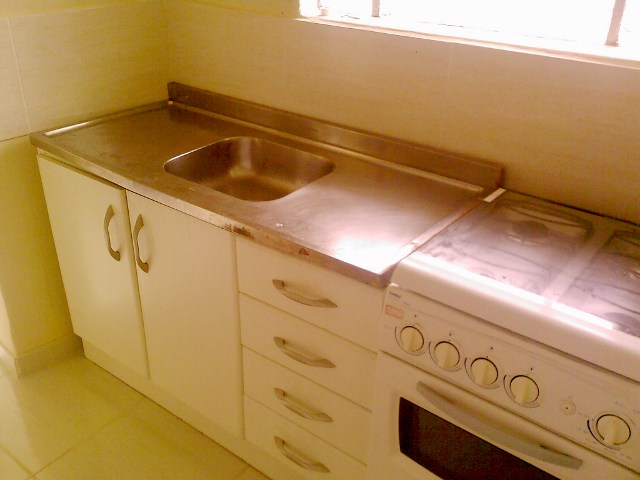 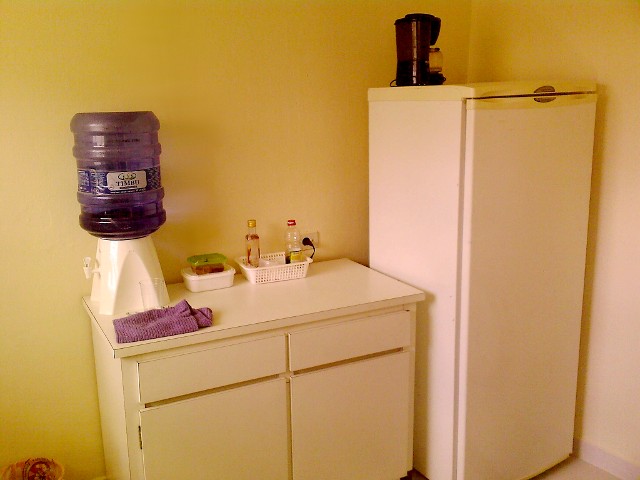 The last picture shows a water bottle and holder – it’s best to buy drinking water and just use the main supply for washing and showers etc. There are many places around that will deliver the water to your home ranging from about R$5 to R$10 each time a bottle is delivered. The bottle holder base can be bought from any super market. Most of the brands of water available, especially the R$5 ones have a lot of added Fluoride, but we prefer natural mineral water with just the natural level of Fluoride. We were using Timbu at the penão which was R$8, but in São Lourenço it’s R$10 and there’s another called Encantada for R$9 which I like better (Timbu is from a very limestone rich region which affects the taste).

In Brazil houses don’t come with hot-water cylinders or califonts, the kitchen sink and bathroom basin are without hot-water. Showers use an electrical shower rose which can heat the cold water up as it passes through. The 110V versions go up to 5500W and vary in performance, the 240V versions go up to 7500W. We’ve found the Loronzetti Maxi Banho to heat the water best, but we weren’t able to find this model when we moved in, so we got a Loronzetti “Bello Banho” instead.

Installation of the shower is pretty straight forward – just screw it onto the pipe and connect the power wires. A couple of important points though; screw the wires into a connector block don’t just twist them together, and try and position the join high enough to avoid direct water contact. Also, ensure that it’s turned off when you turn the water on for the first time because the mechanism can burn out if it has power and is not filled with water.

We were going to use GVT for our Internet connection because they’re a younger company that’s more friendly – and has SpongeBob Squarepants on the homepage – and he’s awesome 🙂 They offered us a reasonable deal at R$137 per month for phone and 10Mbps DSL with unlimited traffic and router included. But before the order went through the oldest biggest fish in the Brazilian net, NetVirtua called us (they must have insiders working for the competition stealing client numbers!) with a very good deal – we would have turned this down out of principle, but the deal was too good to refuse at only R$60/month (NZ$40.21) for the same deal as GVT but with TV added too!

We don’t have a TV though which was so unbelievable to them that it took them over a week to wrap their heads around it and start to figure out how to install a phone line for such people – when we told the installer that we weren’t planning on getting a TV, he almost had a seizure as he exited backwards down the driveway sweating and clutching at his head with one of his eyes twitching.

The connection may take a week or so to get set up, so I’ve paid R$35 to Vivo Internet to activate my trusty USB 3G modem for a month (250MB at 1Mbps, then unlimited traffic at 128Kbps after that’s used up). This is actually a really useful thing to know, especially when travelling – even though 128Kbps isn’t a great connection speed, it’s perfectly fine for normal email and browsing activities and it’s unlimited and you can take it with you wherever you go for only R$35 (NZ$23.46) per month.

You do have to have a mobile wifi device to plug your Vivo SIM card into though, but any standard brand such as the popular Huawei E17x‘s. Also if you don’t have one, most phones these days can tether to your computer as a modem via USB or Bluetooth, and finally Vivo can throw a USB modem in with your plan for an extra R$150 which is actually a pretty good price.

Breakfast at the new flat 🙂

After our first night in the new flat (sleeping on the air mattress since the bed hasn’t arrived yet!) we had a nice breakfast of mushrooms on toast and coffee in the sun 🙂

LED light bulbs produce a much calmer light because there’s no flickering. They come in all colour-temperatures and last for about 25 years. They currently cost from US$15 to US$20 depending on brightness and colour-temperature. They use about half the power of an equivalently bright fluorescent bulb, and the LED technology is improving rapidly with the next generation expected to halve the power consumption again. Here’s a picture of the one in our lounge which is produces about 1100 Lumens and consumes 10W of power. A typical 60W tungsten bulb produces about 900 Lumens of light. 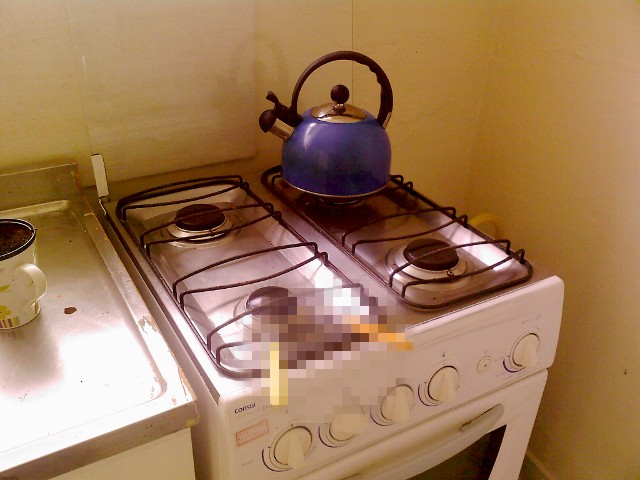 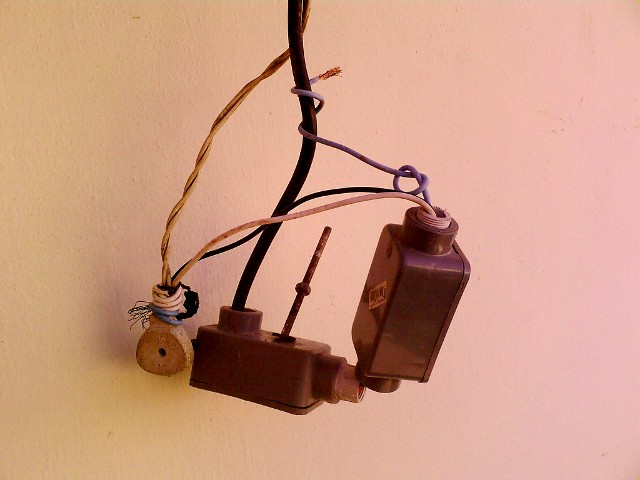 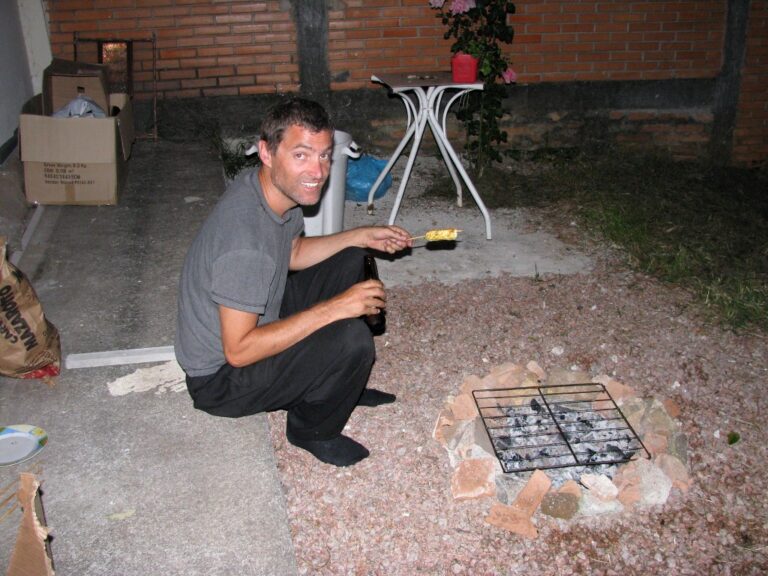 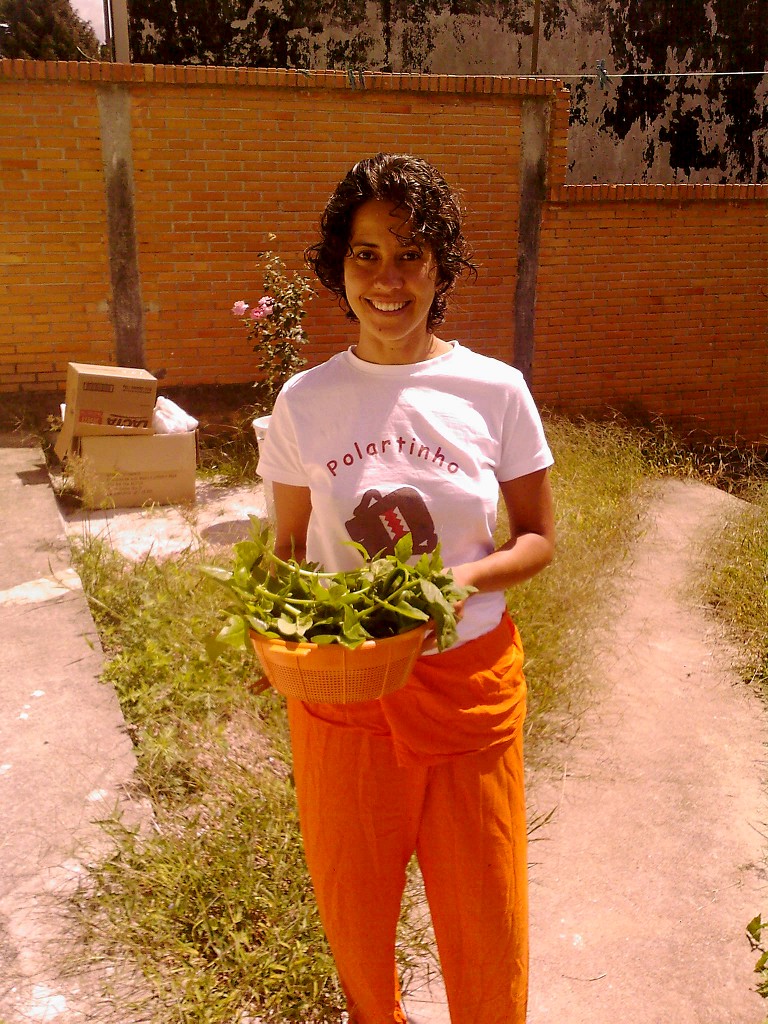