We were in São Francisco a few days ago for a few bits and bobs when we noticed a shop which did satellite internet connections. We’d tried to get satellite a few months ago, but found that we really needed to have our solar system upgraded first, and also the guys didn’t want to install it on our house as they said it was too weak 🙁 they said we needed a strong pole supported by a concrete slab installed before they could come back. Well we told this to these guys in the shop and they thought it sounded a bit suss, so we showed them photos of our house and they said it would be no worries to attach the dish support to the wall like normal 🙂

They came and did the installation yesterday, it all went very well except for the fact that the bandwidth provider’s system was down and they had to stay here for almost six hours talking to various companies on the phone and waiting for them to return calls!

Finally at 9pm we had a connection! It’s working at about 20mbps which is about 15 times faster than we were getting over 3G from VIVO – actually we were getting 3-4mbps from VIVO, but their service has been steadily declining over the past year or so. 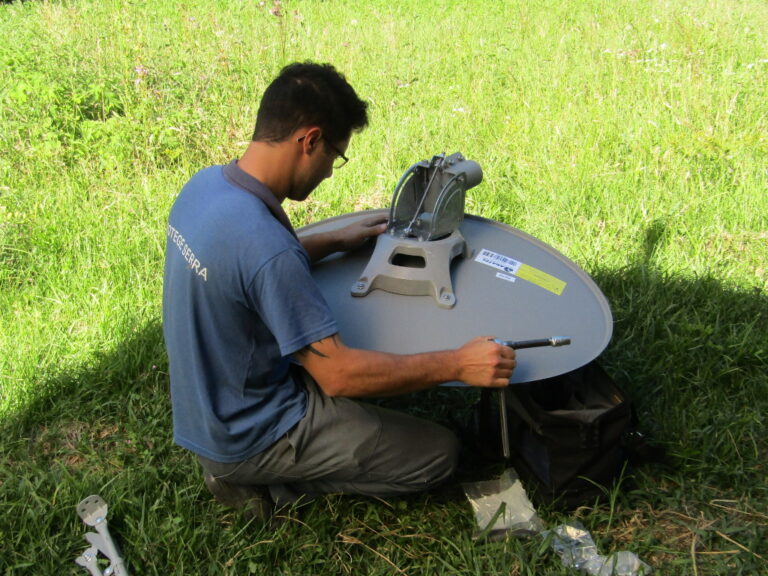 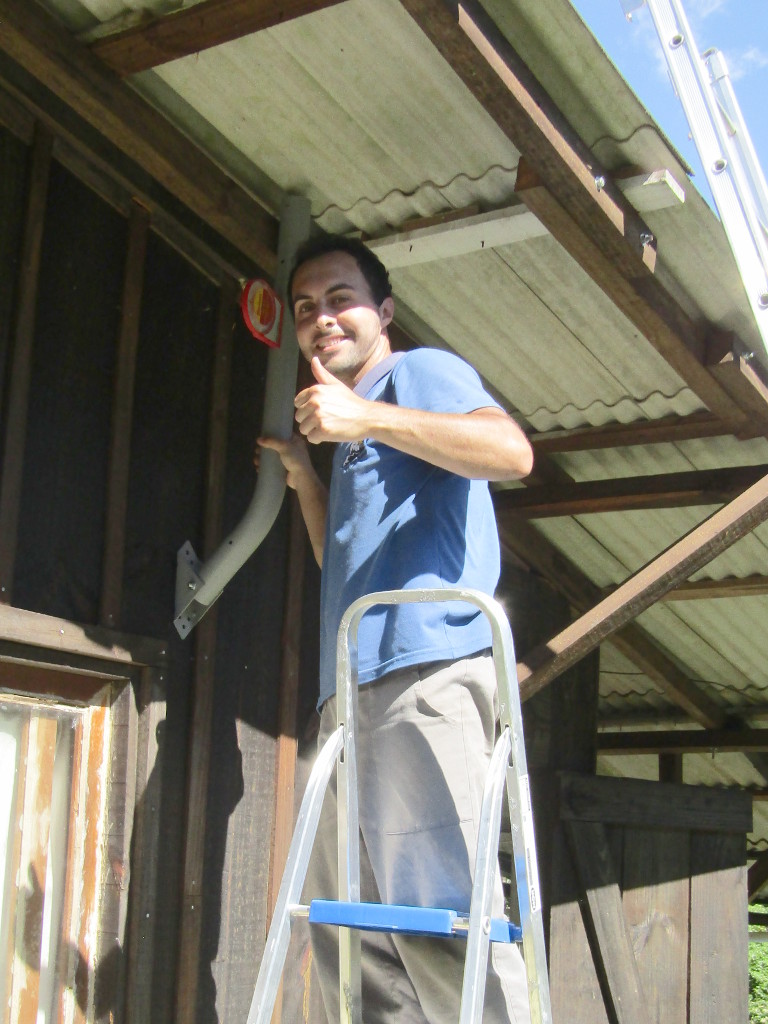 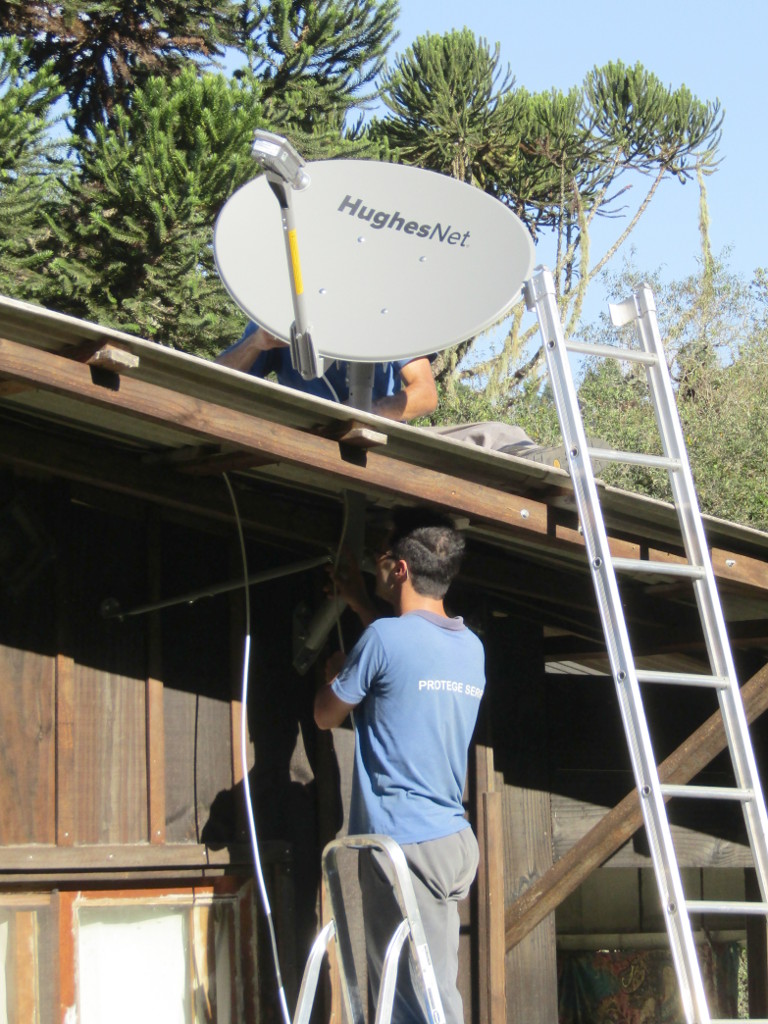 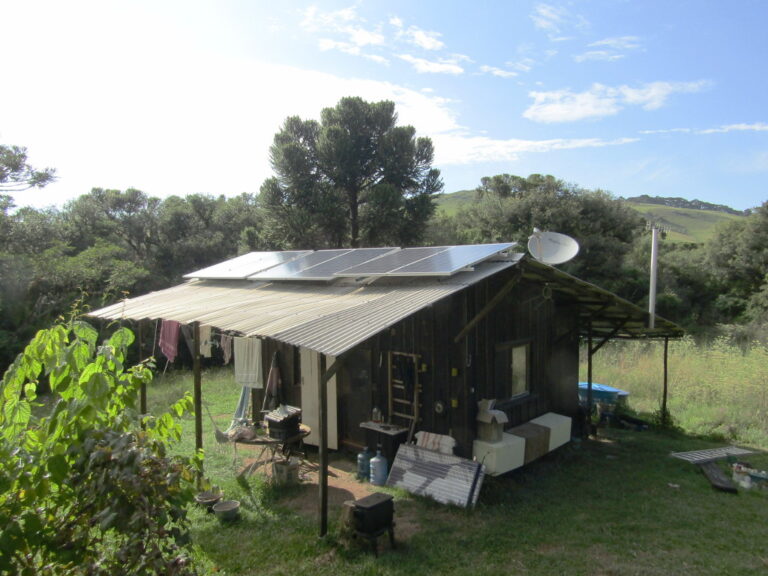 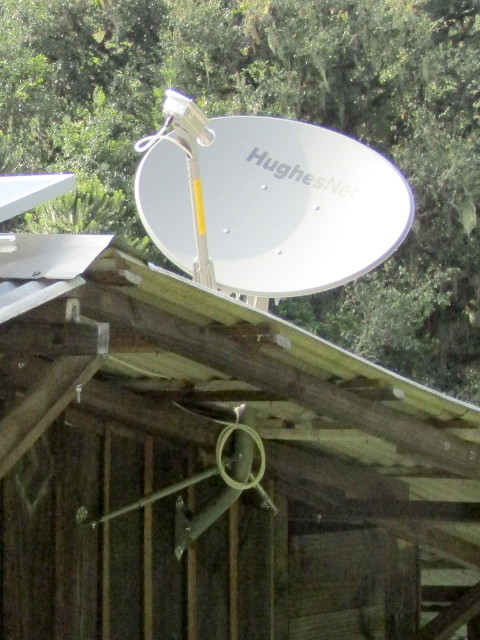 HughesNet Brazil connects us to the Eutelsat 65 West A Satellite which covers mainly Brazil but also other south and central American countries and the Caribbean. Eutelsat (European Telecommunications Satellite Organisation) is a European satellite operator who have 40 geostationary satellites in orbit, ours was launched in March 2016 by a French Ariane 5.