I had my court hearing on October 6th which turned out to be nothing more than both Tiago and I agreeing that we both wanted the whole thing over and done with, so the mediator said that we could opt for reconciliation which simply involved me apologising to Tiago for attacking him and us all signing a statement saying as much, and that was it! The mediator women didn’t even know what it was actually about as she had a million other disputes to deal with and hadn’t even read the report!

So the next day we got straight on a bus and set off for Caxias, we stayed one night with our friends Fabrício and Eliane at their mother’s place, and then set off early the next morning on a bus for Lageado Grande to get our bikes (which we’d left at our old neighbours who moved there) and cycle back to the land. We had a huge load, but thanks to our new side panniers we were able to cycle with all of it no problem! We finally arrived back in the afternoon on November 10th, just in time for our 3rd anniversary of moving to Brazil on the 11th 🙂

We originally only intended to be away for two weeks for Beth to do the Dito e Feito play, and then we were to return straight after that. But then Beth ended up doing another week of the play, and then helping Del with some translation work, so two weeks became a month, and then there was the ill-fated incident in the park which took another two months to resolve! When we finally got back everything was really overgrown, here’s a couple of shots of what it’s like now followed by one of how it was before we left.

The few vegetables that have survived are very strong though which is good to see – there is a big courgette, a few cauliflowers and cabbages, chia, spinach and lots of mint. Most of the fruit trees along the northern fence are doing well too, the oranges are flowering and a peach even has some small fruit on it!

Del and Helder gave us some nice German liqueur chocolates that they got in Portugal (they got back from a trip to Portugal just the day before we left their place). We had some of them on the bus to Caxias, but unfortunately the rest of them all melted in the sun when we cycled back, so we let the wasps and bees have them. They loved them, but were getting really drunk from the alcohol in them 😀 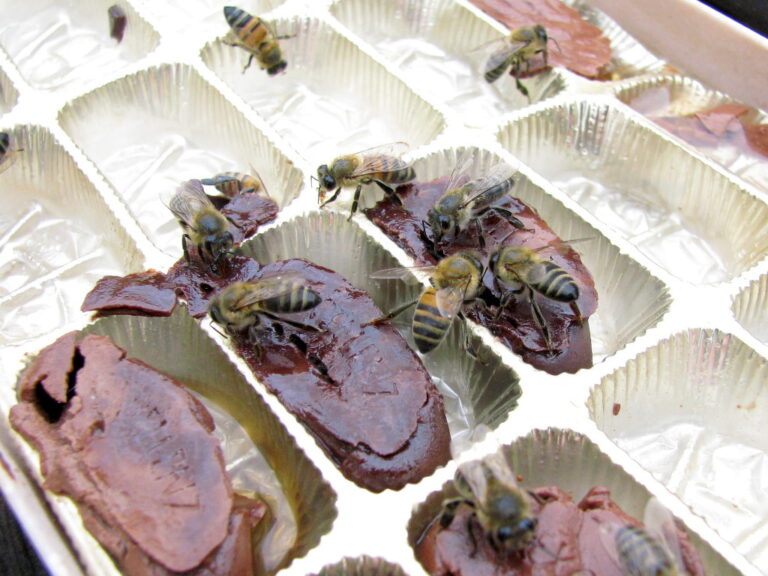 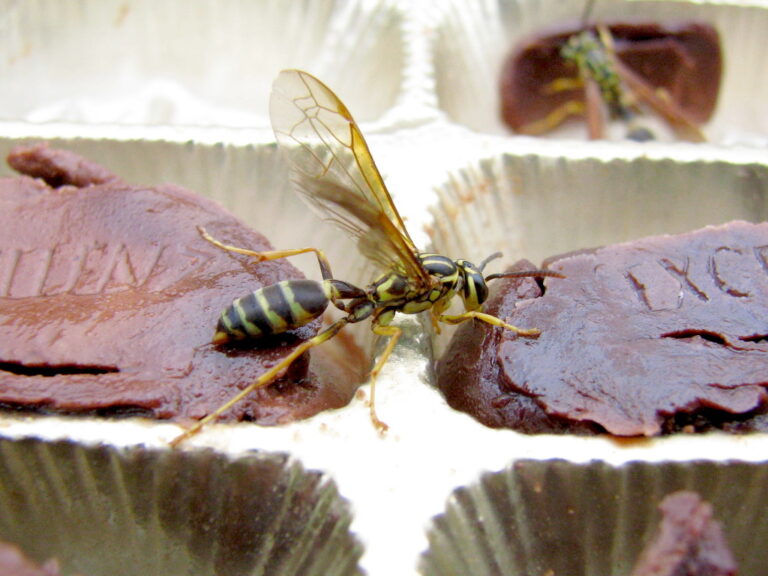 I couldn’t post this item when I wrote it a couple of days ago because the net cable was still damaged from the giant swamp rat bites, but today on the 14th the weather was finally good enough to go about replacing the bad cable in the pipe with a good segment. It took most of the day, but it’s finally done and the net seems to be going well – whew!