Eduardo’s a civil engineer and knows heaps about concrete and how to use it really efficiently. His arrival was really timely because we’d just bought a sack of cement for a few projects around the land, but we haven’t worked with concrete before and didn’t know the best proportions and how much sand and rock we could get away with adding to the mixture. The most urgent job was to make a better solution to the south-west fence because the sack of rocks idea really hasn’t worked and is also very messy.

My new idea was to make a long concrete pole with wire hooks all the way along it. The bar would sit on the river bed under the fence going all the way across and then vertical lengths of barbed wire could attach to the fence and the hooks in the concrete bar.

We started by carrying all the cement and tools to the site which is quite difficult because it’s very muddy. Beth and I were amazed that Eduardo walked through the grass and the forest in bare feet! This was really inspirational for us because in New Zealand we have bare feet all the time, and feel that it’s really important to be in contact with the Earth and it’s also really good for raising awareness and for the nervous system. We’d thought that this was something that really wasn’t practical in Brazil due to all the poisonous spiders and caterpillars, scorpians and snakes, but Eduardo had the attitude that as long as you’re aware and can see where you’re putting your feet there’s no problem! so we’re going to start being in bare feet a lot more now 🙂

When we got there, I made a trench in the ground as a mould for the concrete and filled it with lengths of twisted wire for reinforcing. Eduardo and Barry collected stones and sand for the mixture, then we mixed it all up with water, poured it into the mould, evened it all out with a trowel and stuck loops of wire into it for attaching the fence to. Now we just have to leave it for four days and then try and manoeuvre it into position! 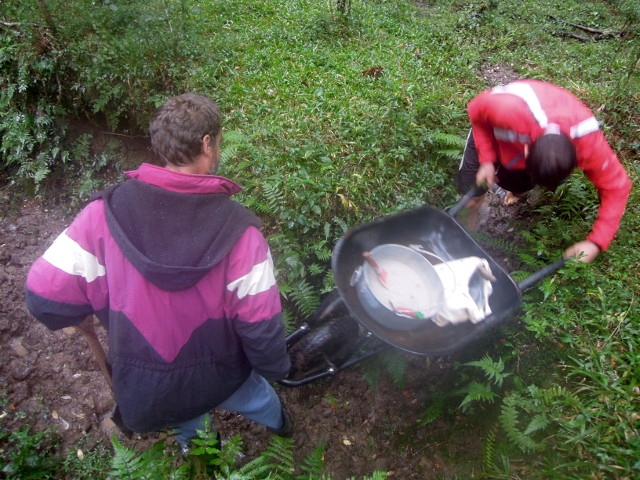 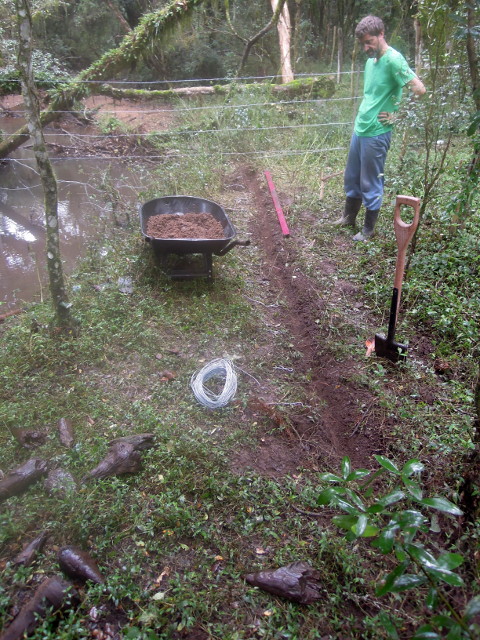 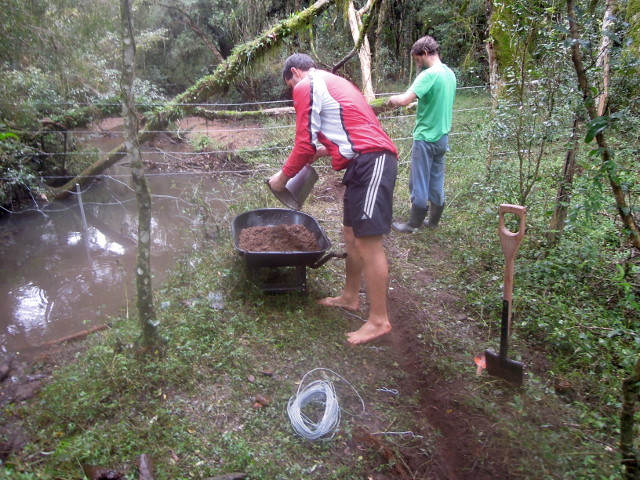 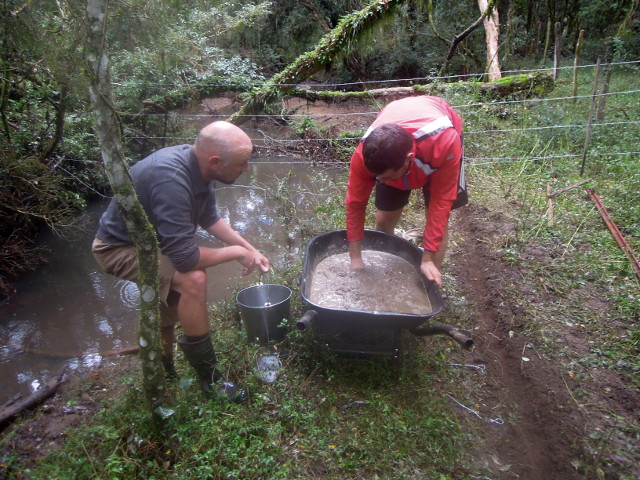 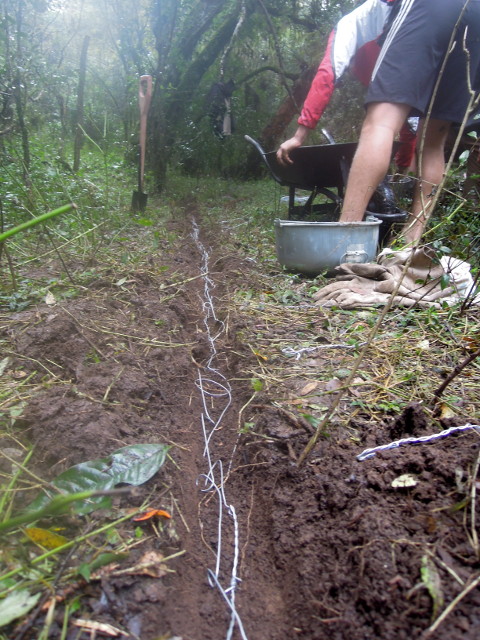 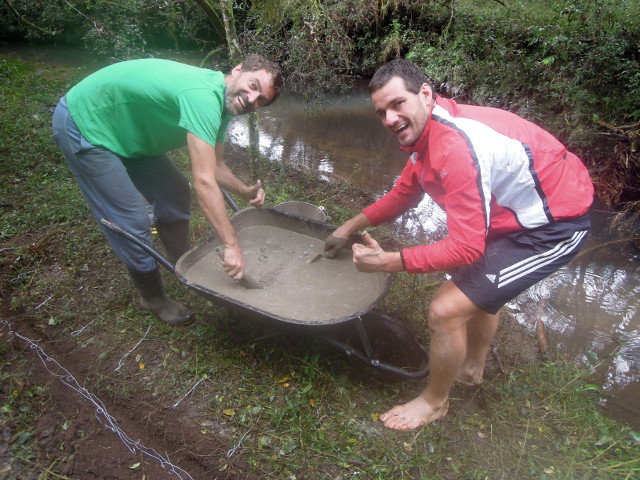 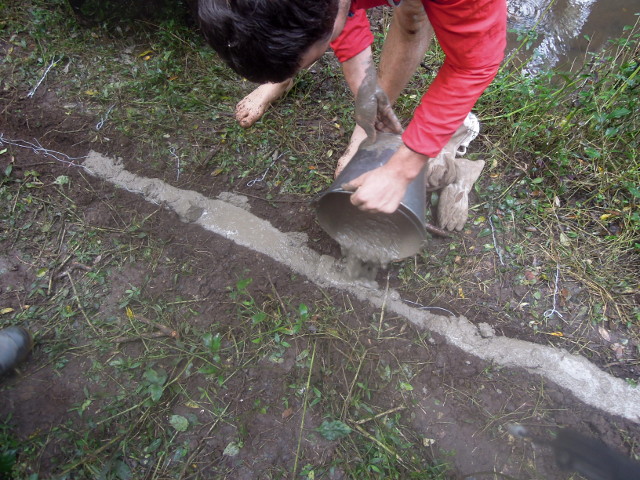 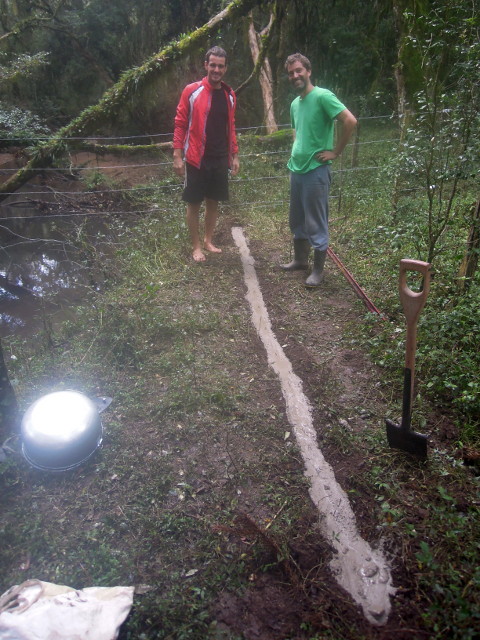 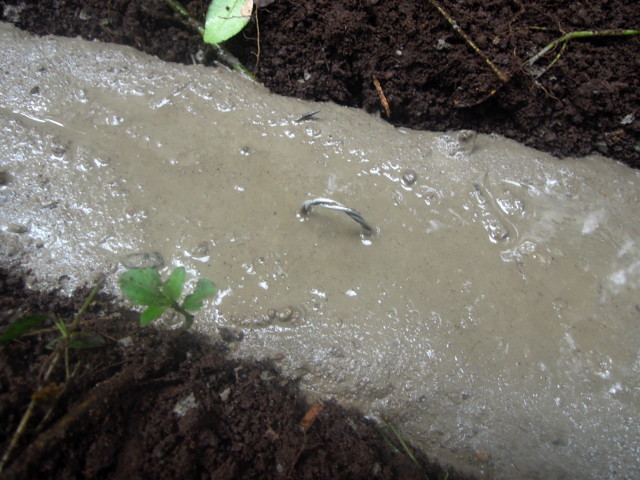