We arrived in Foz do Iguaçu about 9:30am and got a taxi to our pousada to drop off all our gear. The bus trip was over 15 hours but it was comfortable and we were all able to get a fair bit of sleep on the way. Mum and Dad paid extra for very spacious seats on the lower level of the bus which fold all the way down so they could stretch out to sleep more easily (and they also got blankets and free biscuits!), but Beth and I opted for the cheap seats at the top 🙂 Luckily our rooms at the pousada hadn’t been previously occupied so we were able to go in to them straight away and have a shower etc.

We decided that since the weather was a bit drizzly and we were off to a late start it would be best to go to the bird park first. I was kicking myself because I really wanted to get some awesome shots of the birds and butterflies this time but I left the camera at home and Dad’s one isn’t very good for high quality close shots 🙁 The falls on the Brazilian side are nothing special compared to the Argentinian side, but the bird park is awesome! there’s many exotic birds like Macaws and Tucans and you can go right into the enclosures with them! The last row of pictures below are from our previous trip here a couple of years ago since we had our good camera with us that time, and also the queue to hold the blue Macaw looked to be about an hour long! The light brown birds shown in the third row below with the tuft of feathers on the top of their beaks are Seriemas which we have on our land. That guy looking disapprovingly at me being bitten by the Tucan is a park attendant, he didn’t realise that I had previously survived a pampas fox bite so was worried that I could be hurt. 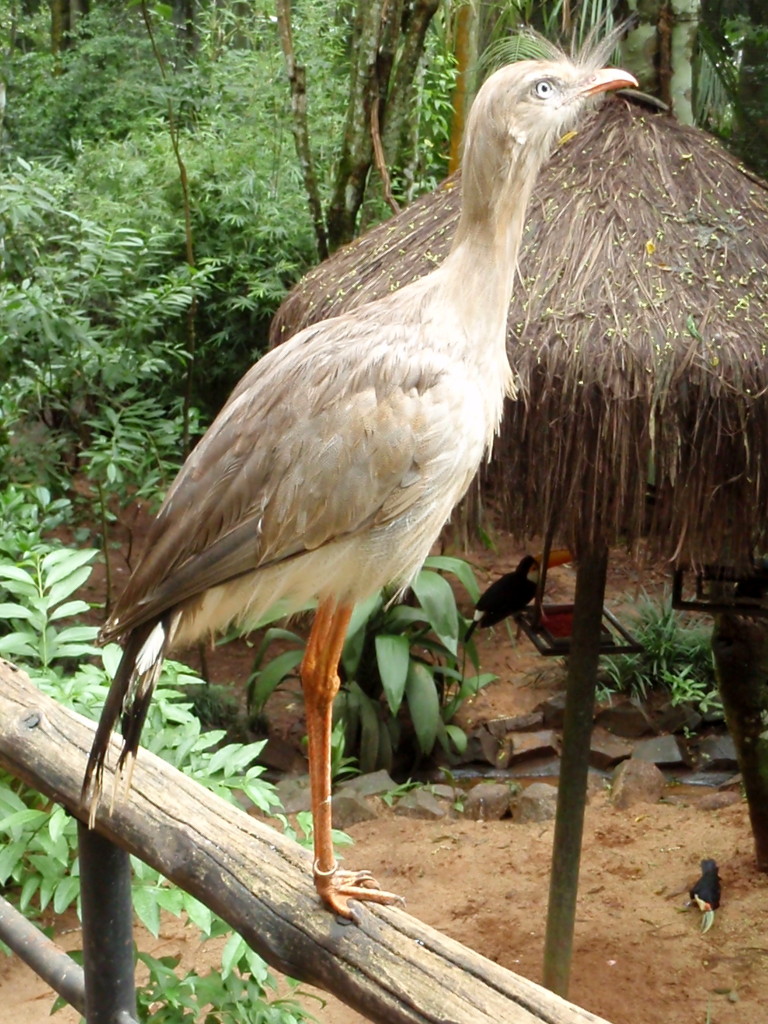 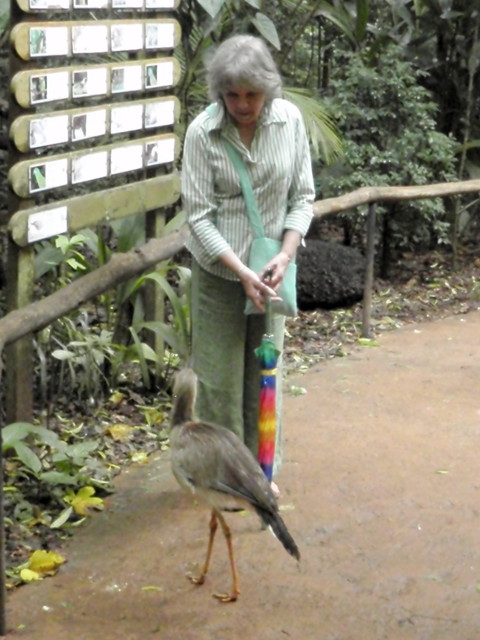 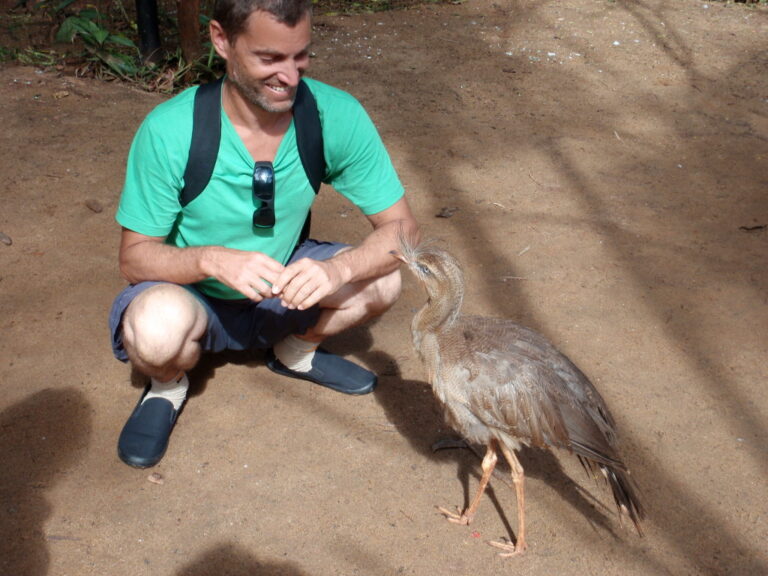 It’s not only birds though, they also have a reptile area with snakes, crocodiles and lizards, and a really cool butterfly and humming bird enclosure that you can go into and be surrounded by many colourful butterflies which often land on you. Unfortunately we couldn’t get any decent shots with the small snapshot camera, but I managed to get one of a big blue butterfly that landed on a guys shoe 🙂 The last shot below was actually taken on our land, but I’ve added it here because it’s one of the kinds that were in the enclosure (and also there was space for one more photo!)

On our first full day in Foz, Mum, Dad and Beth all went to Puerto Iguazú in Argentina to see the falls which are far more impressive from the Argentinian side than the Brazilian side. Unfortunately I had to stay behind because I had to catch up on some work, but Beth and I came a couple of years ago and saw both sides then. The falls had a completely different character about them this time, there was much more water and it was very muddy. Here’s a few of the best shots Dad got of the falls on the Argentinian side, we have some more here including those taken on our last trip. The first photo is from our trip two years ago, and the second from yesterday so you can see the difference in the character of the water. 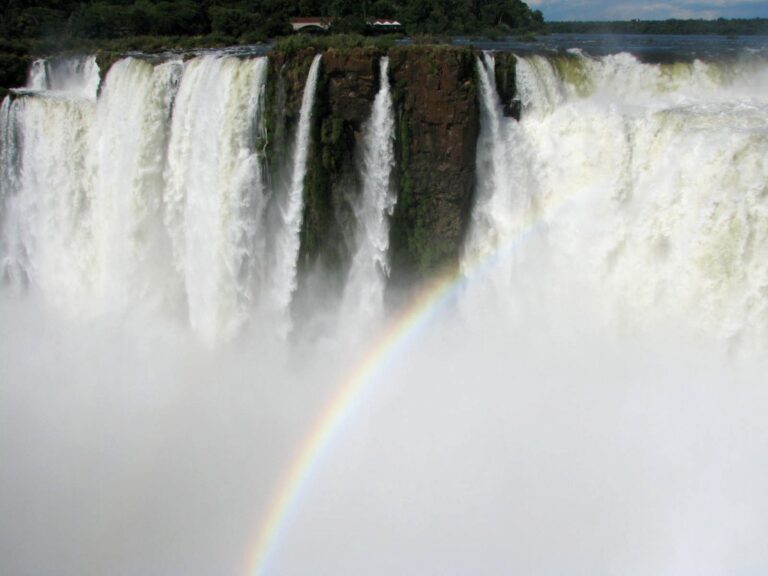 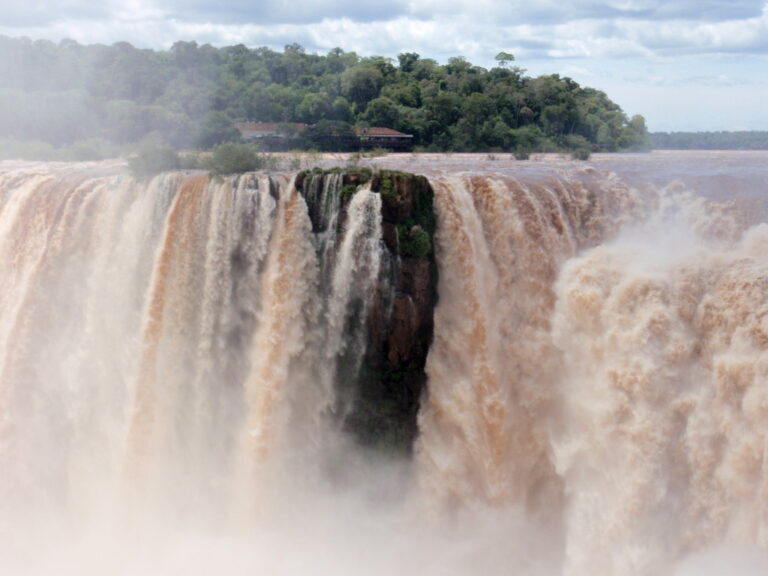 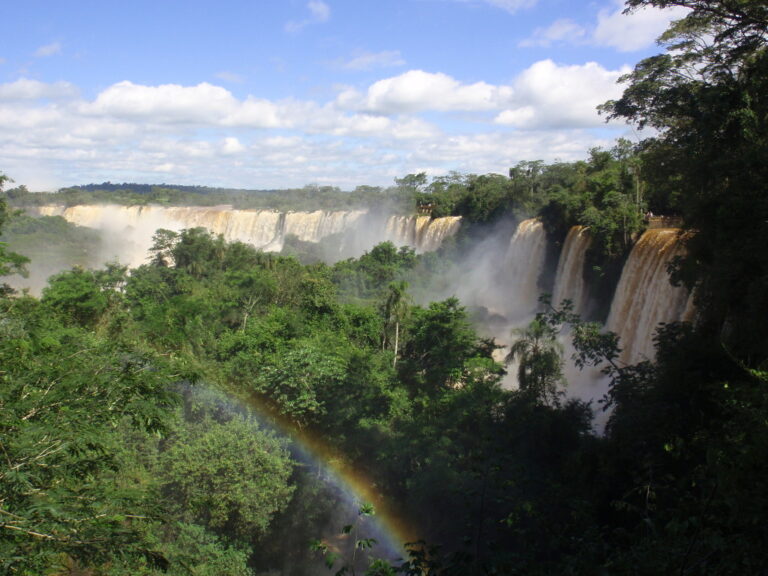 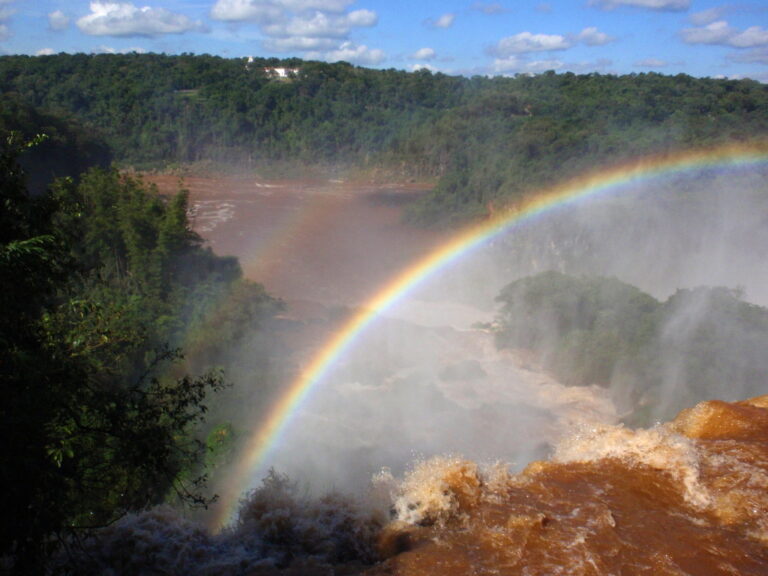 As well as the falls themselves there’s a lot of interesting animals, lizards and insects to see and interact with there. The main animal attraction are the Coatis, one of which is shown in the first picture below. When we came last time they were very cheeky and would put on performances for people to entice them to feed them, and would even go through people’s bags when they weren’t looking to get nuts, chocolate, bags of chips and anything else they could find. This was all quite cute and entertaining, but now there are signs everywhere saying that they should not be fed because their attitude has become more aggressive. They’ve even been biting people and some of them are known to carry rabies which is something that even the most hardy of pampas fox survivors need to avoid at all costs!

On the last day Mum and Dad decided to go on their own to see the Brazilian side of the falls which turned out to be a really good idea because they got to see a lot of the parts of the falls that they had missed the day before because they hadn’t had time to do the lower trail on the Argentinian side. Even though the Brazilian side doesn’t get as close up to this part it’s still an amazing sight to see, and might even be just down to personal taste as to whether one side is better than the other or not, so it’s probably best to see both sides just in case 🙂 Here’s some of the best photos from the Brazilian side, again there are more in the category for Foz do Iguaçu here including those from our last trip.

While Mum and Dad were out looking at the Brazilian side, Beth and I did some investigations of our own about Foz do Iguaçu – we found that there’s a nice beer made locally called Chopp Promalcer which we had with a chwarma and a pizza on Lebanese bread at a nice little place called Brasaburger. Then on the way back to the hotel we found that there was also ice cream made locally in Foz do Iguaçu too and the two Litre was only R$11 so we went back to the hotel and had some of that before a swim which was very nice. We had to get the bus a few hours later so we still had a lot of ice cream left, but the girls at reception were very happy to help us out with that problem! 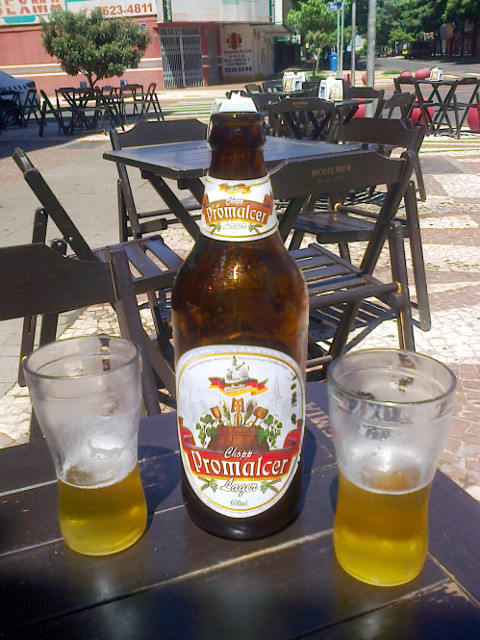 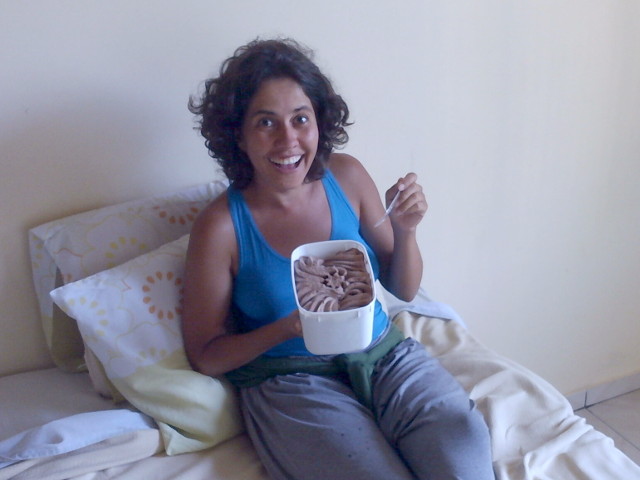 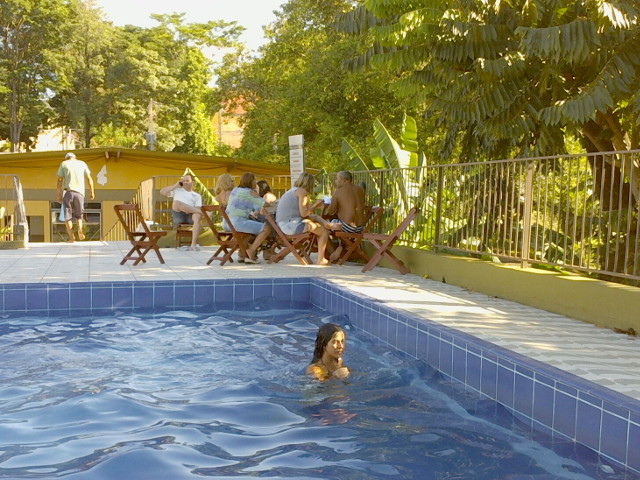 We then got a taxi to the main bus terminal and set off about 8pm back to the east again heading for Curitiba about 650km away. The trip was a fair bit shorter this time (about ten hours), in fact the trip to Foz from Florianopolis actually went via Curitiba so we were going back exactly the way we had come. Mum and Dad still were in the comfortable seats on the bottom level with us in the cheap seats at the top again 🙂