At last the sun’s back! it’s been a week of overcast and rainy weather which really started to get us down – and it also meant we were having to ration power severely and were stuck on a 280kbps 2G net connection because the 3G doesn’t work in rainy conditions. But today was clear sky with the 3G running well again at a megabit or so (even though it’s always a very weak “zero bar” connection) and the panels charging at maximum all day 🙂 whew!

It was so cold and wet that I was not very keen to have a wash, so it’s very lucky that we’ve finally got some sun, because you get very dirty out here in the wilderness! This is what I looked like by the end of the week :-/

It was a very strange day today, first we couldn’t get any sleep because a mouse kept coming into the house. We had some mouse problems a while back and managed to stop them coming in by blocking up all the holes in the floor with plastic until we got the wall panels in place, but then we noticed that they’ve been chewing lots of stuff including the brake cables on our bikes! we’re really against killing animals and we don’t even kill scorpians or snakes, but chewing brake cables is going too far! so on our last supply run we got a mouse trap 🙁

The trap killed two mice over the period of a few days, but there’s still another one and it’s much smarter than the others, it knows how to carefully extract food from the trap without setting it off, and also how to set it off without getting caught and then take the food! worse still it figured out a way in to our house and started chewing at various containers and things. We couldn’t sleep with the damn thing scratching and chewing at all our stuff! In the end I was so angry with it that when I heard it I’d rush down and try and get it with the machete! I almost got it a few times, but it’d get away so I’d go back to bed, and then not 5 minutes later it would be back scratching and chewing!!!

So in the end we gave up trying to sleep and stated the fire at 4am to warm the place up. Beth spent the next couple of hours putting proper latches and knobs onto the storage box/cupboards and I made some cookies and coffee 🙂

We spent the rest of the day making the place much more organised and getting more of the panels in place to prevent the mouse from coming in, and last night we finally got a full night’s sleep. We heard it trying to come in a few times, but it couldn’t get in – whew! Beth read some of her permaculture book and found some very useful information too which was that mice are repelled by lavender and mint plants, so we’re going to grow those all around the bottom of our house, because even though we may have to kill some of them it’s not the right way for us and we need to work out a different solution. But in the end its worked out for the best because the place is really organised and tidy now and its really starting to feel like a proper home!

We’ve nearly got all the wall panels done now with only a couple of bits left to do behind the kitchen bench. But we’ve now put that on hold because we really need to get these window frames done before we go back to Canela next so we can order the glass and we don’t know exactly what size the glass needs to be until we have the window frames all made up. We’re running low on food supplies now so we’ll have to go back soon.

The first thing to do to begin on the window frames was to make a guide for cutting straight perfect 45° angles with the jigsaw because if they’re not lose to perfect then the corners of the frames won’t fit tightly together. We started with the south window because that’s the simplest one which is just a single frame instead of double with one sliding open like the other three. Beth made some temporary shutters (that will probably end up being permanent) since we had to take out the temporary window to make the new frame.

I made the “45 machine” adjustable so that I could get the angle exactly right, but even after I got it to sub-millimetre accuracy the fourth join had about a centimetre gap which required some filing and a bit of force to get it joined up. After thinking about the issue for a bit I realised that it would be impossible to get the angle accurate enough because not only is there the normal error multiplying by the distance problem, but there’s also a doubling of the error on every join and the error as a whole multiplying at every join, so we end up with something in the order of twenty times the error at the final join! So I think the best solution is to adjust the process slightly such that the errors at each join are cancelling each other out instead. On the next frame I’ll try cutting the vertical pieces from outside to inside and the horizontals from inside to outside which will hopefully have the effect of making the error in the angle the opposite way each of the pieces at each join. 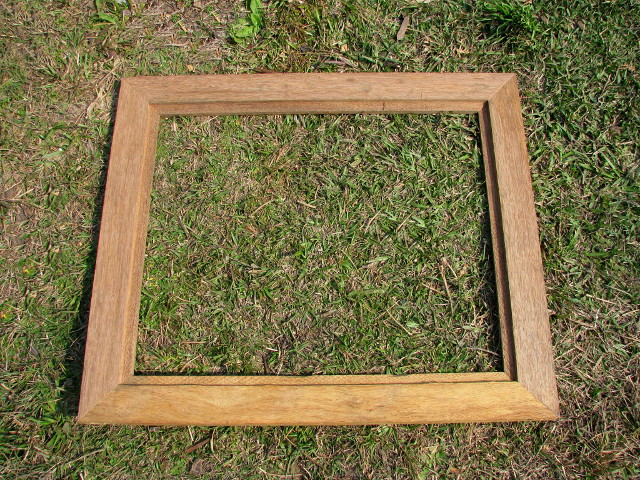 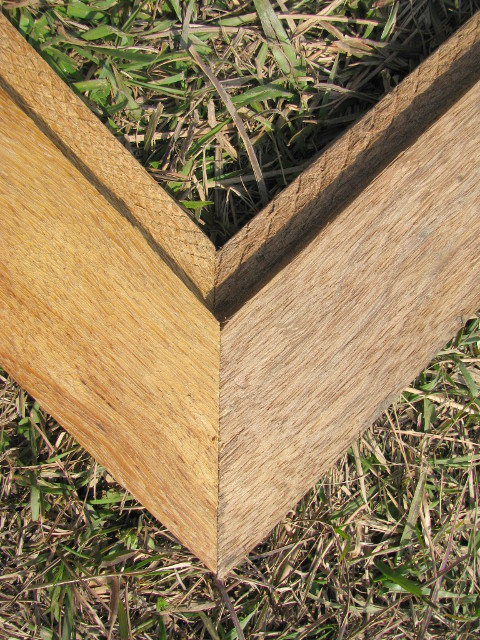 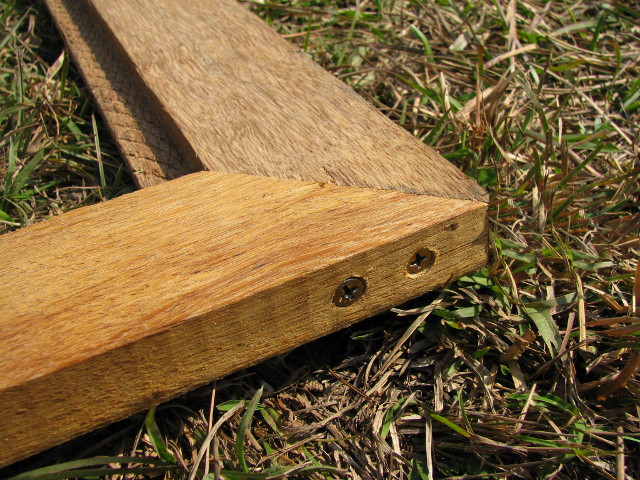 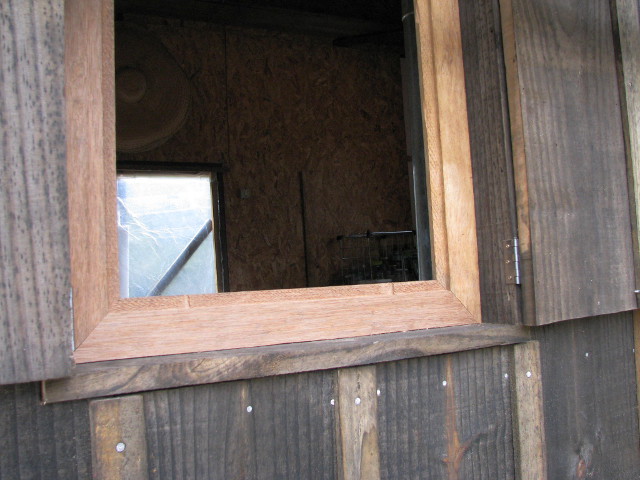 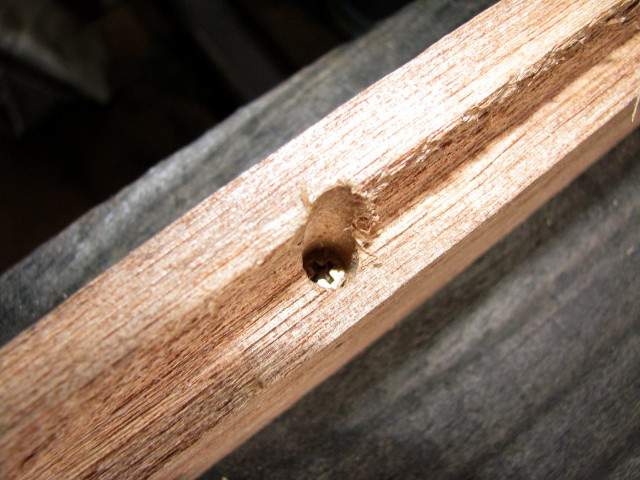 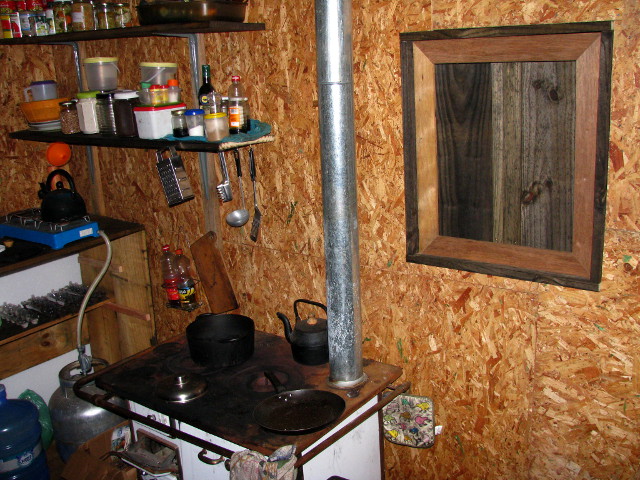 Trapped again! now we know why they call our area we we have our house “the island” – it actually is an island right now. We’ve have three days of heavy rain and the river has risen up higher than ever before. There’s no way out of our island unless we’re willing to wade through metre high water. The river has come up so high that it’s right at the edge of our garden! luckily the house is built on the highest part which I don’t think it will reach, but we’re seriously thinking that in summer we may be best raising the house up on concrete foundations a couple of metres high :-/ 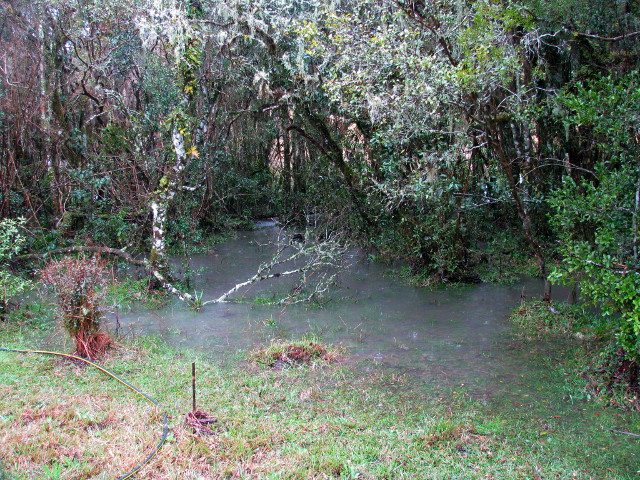 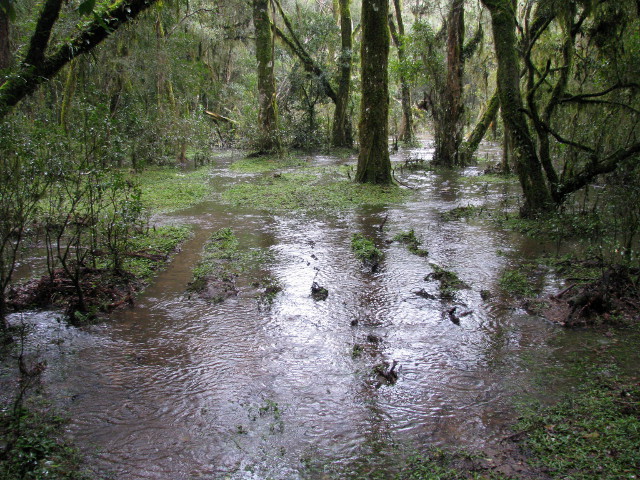