This week the first thing we did is put “petropoly” onto all the roofing nails as we’ve been having quite a bit of leaking going on when it rains heavily. Petropoly is what we call the mixture of petrol and polystyrene which makes a very tough resin like substance after it dries and is perfect for patching up leaks outside on the cheap. We did some initial testing a few weeks ago which had very good results.

We bought a nice long three and a half metre ladder in the last supply run (which can unfold to seven metres height!) so I could get up on the roof. I then used two flat pieces of floor board to stand on so as to distribute the pressure across four roofing nails at a time to avoid any damage. Beth was on petropoly mixing detail below and threw up batches of it as I ran out – she’s a very good shot and was able to aim some right into my face just from the sound of my voice! 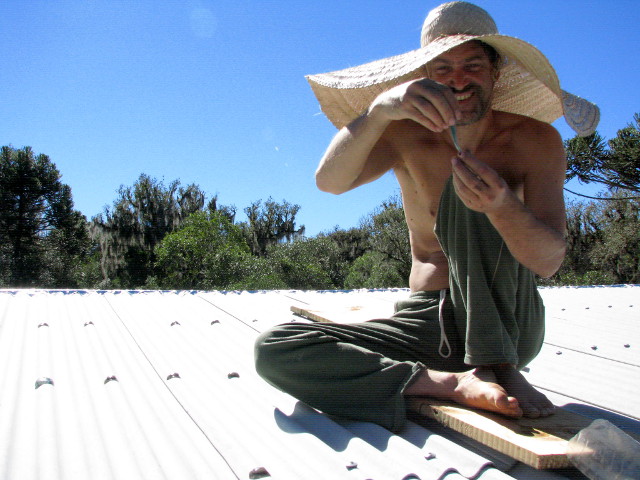 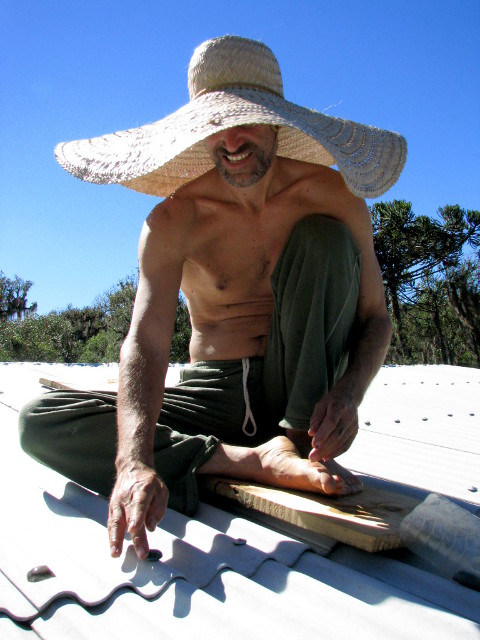 After fifteen minutes of sun it starts bubbling up a fair bit, but in our tests that happened and it eventually settled down again and didn’t affect the overall coverage or strength of the stuff.

It’s important for every household to have a fine art collection to be properly civilised and cultured, so this evening we installed our first piece; an impressive whale sculpture named Balotinho (pronounced “Balocheenyo”) 🙂

A couple of months ago we started getting the cable for our net connection out into PVC pipe to protect it. We’d only got the first segment done though which was the most urgent since the cable going through the swamp had become severely damaged. But today I finally decided it was time to bite the bullet and get on with the second segment! it was a lot easier this time as we knew what we were doing, we had the strong fishing line prepared and the cables of the second segment were very straight since they’d been hanging over head for some months. But even with all these positive things on our side and absolutely nothing going wrong at all, it was still a long difficult job taking a full day to complete! We got the cables through the PVC pipe in the morning which took a couple of hours, and then I chopped the pole and put the box on top with the pipes going cleanly in the bottom. Everything’s much more solid now, all the cable connections are soldered and all the pipes go right into the boxes so that there no cable at all exposed to the outside world 🙂 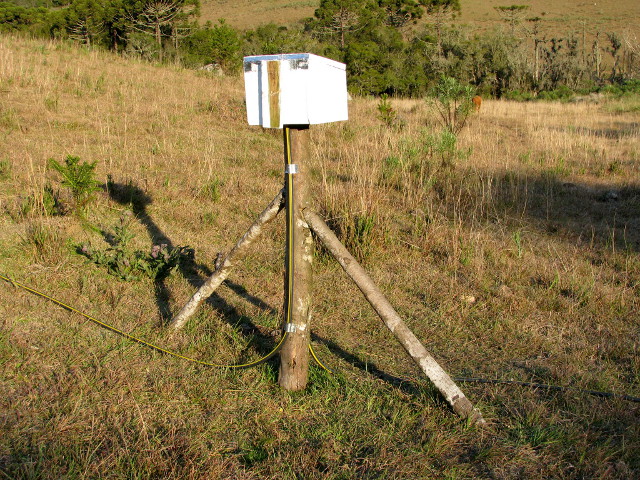 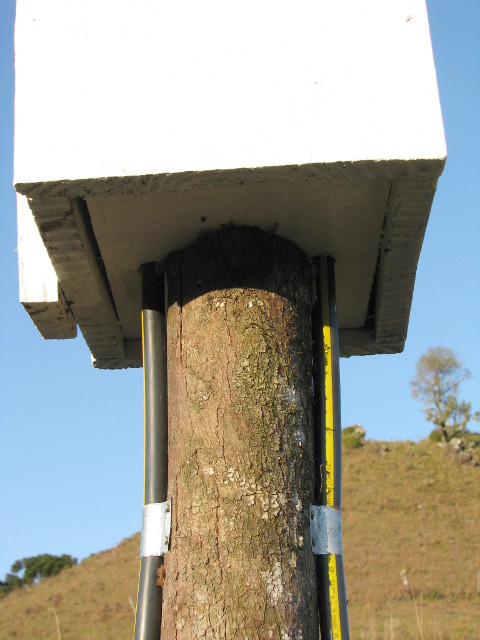 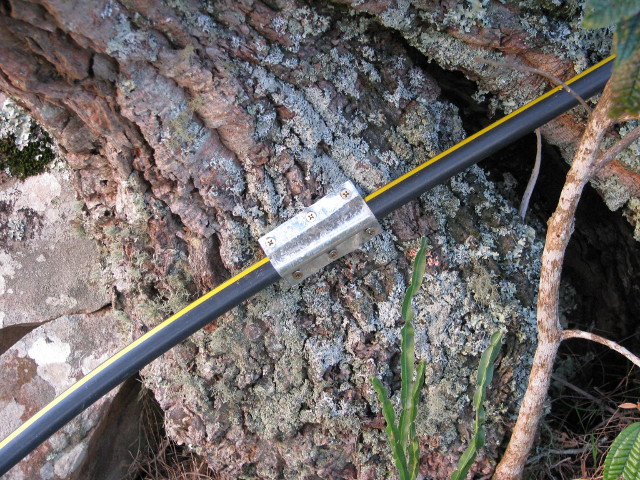 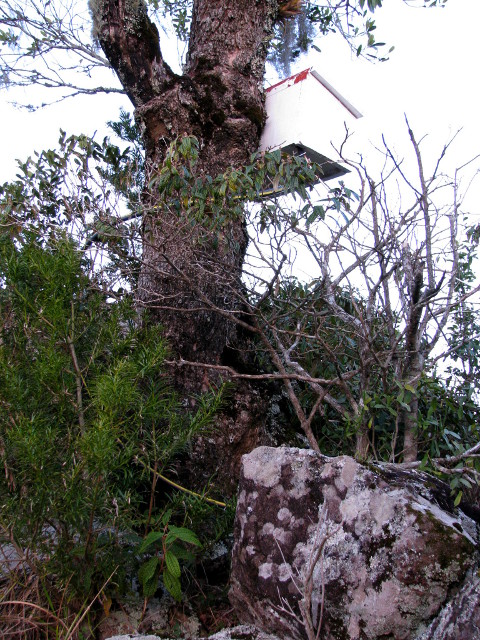 When we first got our house to a complete enough state to move in to, we put in some temporary windows and doors. But many of these temporary things have a nasty habit of becoming permanent! In our last supply run we picked up a door handle which this week got mounted it into the “temporary” door 🙂 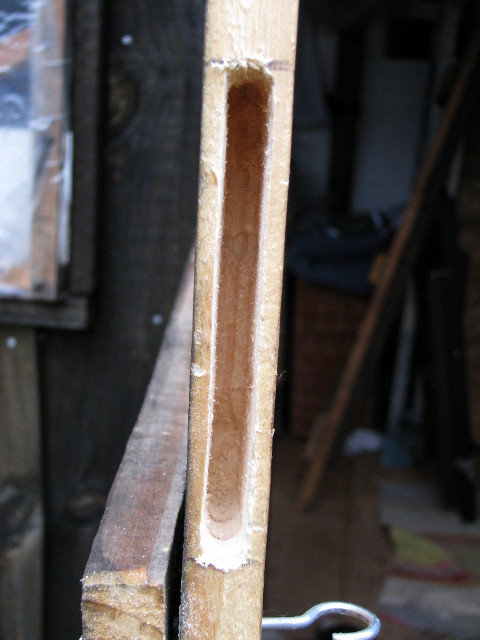 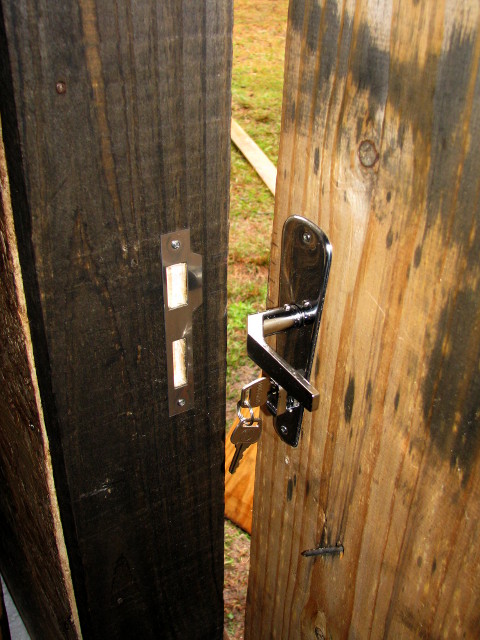 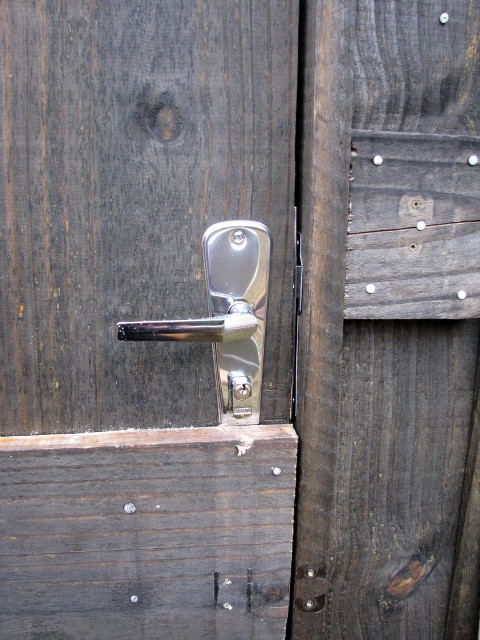 And some good news to end the week on: our petropoly gambiarra on the roof has worked very well! we had many leaks from water coming in through the roofing nails last time it rained, but after sealing them all with petropoly we don’t have any leaks, and it’s been a good test too as we’ve had three solid days of rain! well actually there are still a couple of minor leaks, but we’ve isolated those to issues with the joins between the roofing sheets not the nails, so a bit more petropoly is sure to solve those too 🙂