This was another quiet week – our third consecutive week at the land, which is the longest we’ve stayed here so far. There’s not many animals or insects around to take pictures of at this time of year, but we do have a couple of nice looking blue birds that do the rounds every morning, but I’ve only managed to get a few long-distance shots of them so far. I put up another few ply panels on the wall, including the most difficult ones covering all the wires which look nice and tidy now 🙂 and Beth did more work on Vege patch 3.0 and made a big bench and shelf for the kitchen.

We had about a week of very overcast days and eventually ran out of power, but luckily it was a Sunday and I didn’t need to do anything work-wise, and by Monday it had cleared up. It’s Thursday as I write this and we’ve had perfect weather all weak – very cold, but perfectly clear. It’s been getting down to minus two or three degrees at night and only up to about six degrees in the afternoon even though it’s perfectly clear sky. In fact it’s such nice weather that I decided to take my desk outside and work there 🙂 and of course it wasn’t long before the cows came to see what was going on! 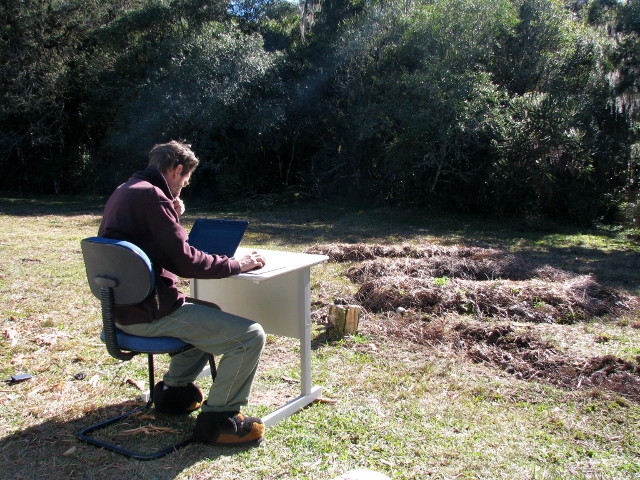 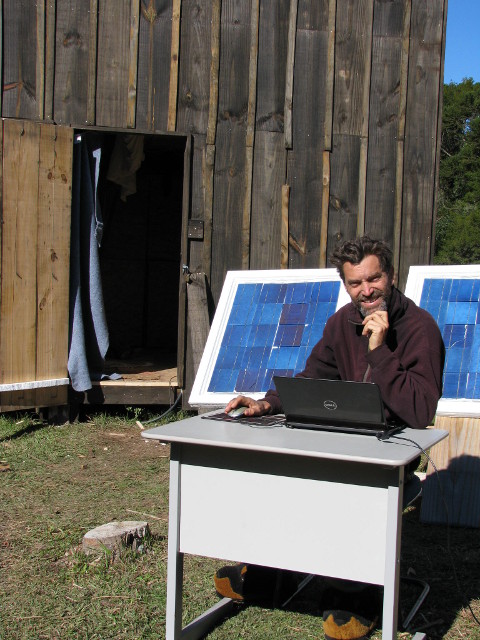