We really love our ‘Coski, but we decided that a much smaller one would be better for our tiny house, and also one that’s optimised more for heating the place up. So last week when we were in Canela we picked up a small cast iron one with a glass door.

At first we couldn’t understand how it could work since we couldn’t see any place for the air to enter, and the store owners had no idea that fires even needed air! Eventually we noticed that there was some open space around the ash box underneath.

But then we we got it home and gave it a test run, the fire would only stay alight with the door open! A few second after the door was closed and it would go out and smoke would pour out everywhere!

We were almost ready to take the thing back saying that it was a total design failure, but then I thought it may be best to try it with a chimney first. Well it turns out the chimney’s essential, it worked perfectly after we stuck one on the back! It seems that the design relies on the chimney to create a constant airflow outwards so that new air is sucked in through the bottom 🙂 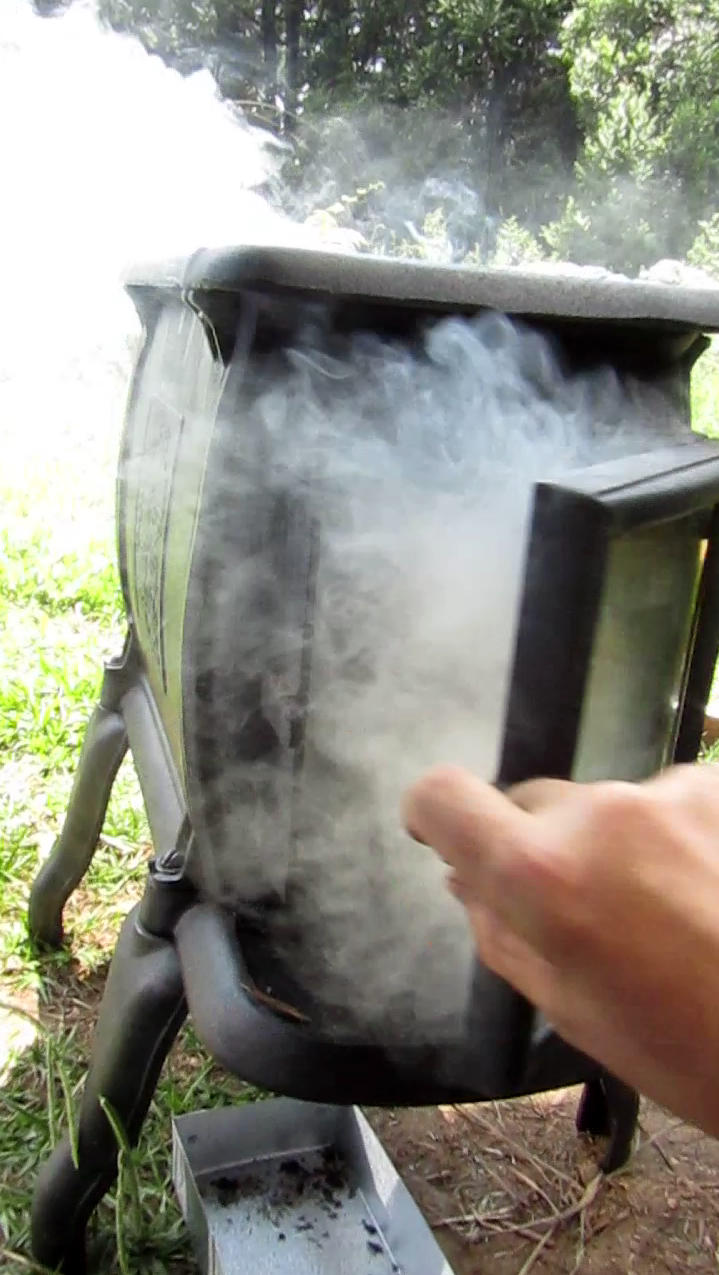 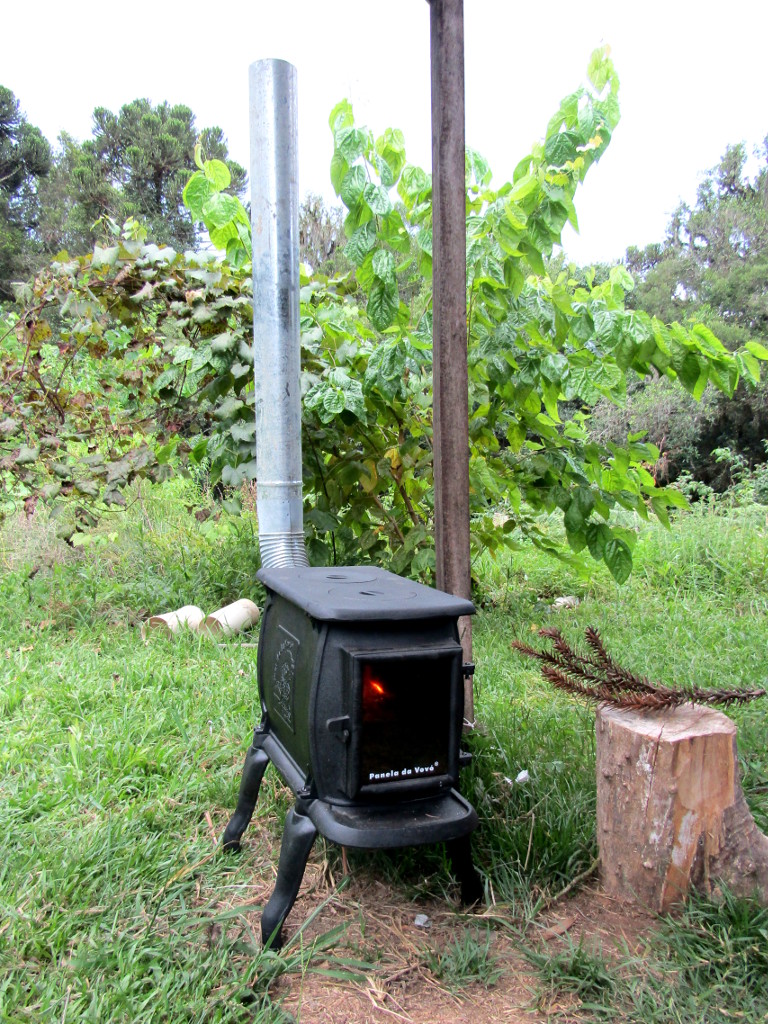 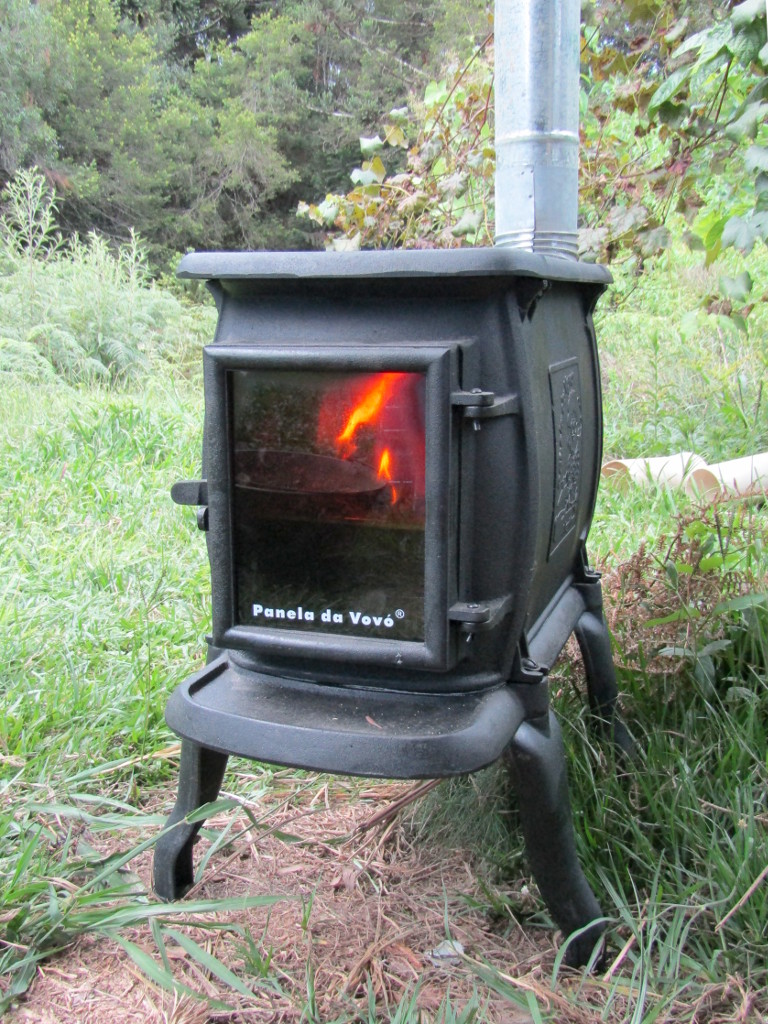