Beth thought that now that we have so much power, she may as well get a decent blender! But the first time she used it (to try and blend up my vegetarian burger mix so I don’t starve during her retreat!) it smashed the cup when trying to blend the fava beans! So she took it back to the shop when we went to Caxias yesterday and today she tried using our old blender which worked for a short time and then the motor burned out!!!

It could seem that karma was telling me that I shouldn’t have my vege-burgers, but I’m not listening to such nonsense, instead I found a suitable sized socket from my socket set and used the drill to turn the blade – easy! 🙂 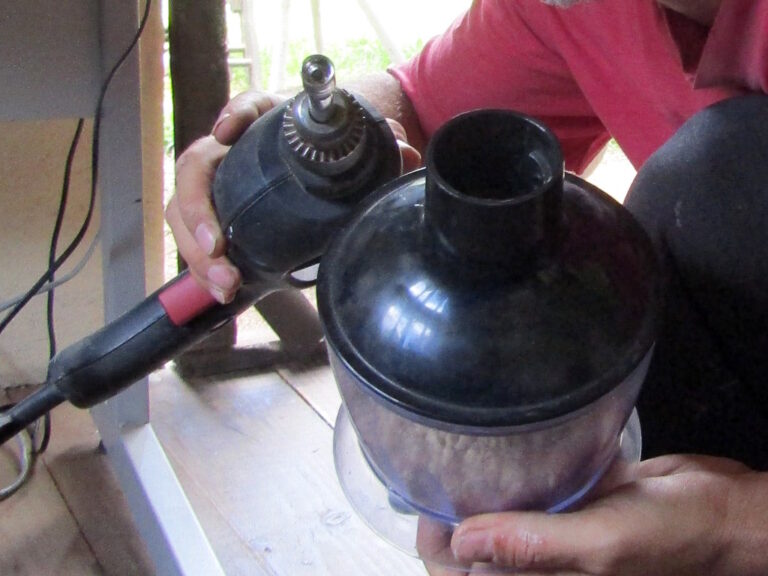 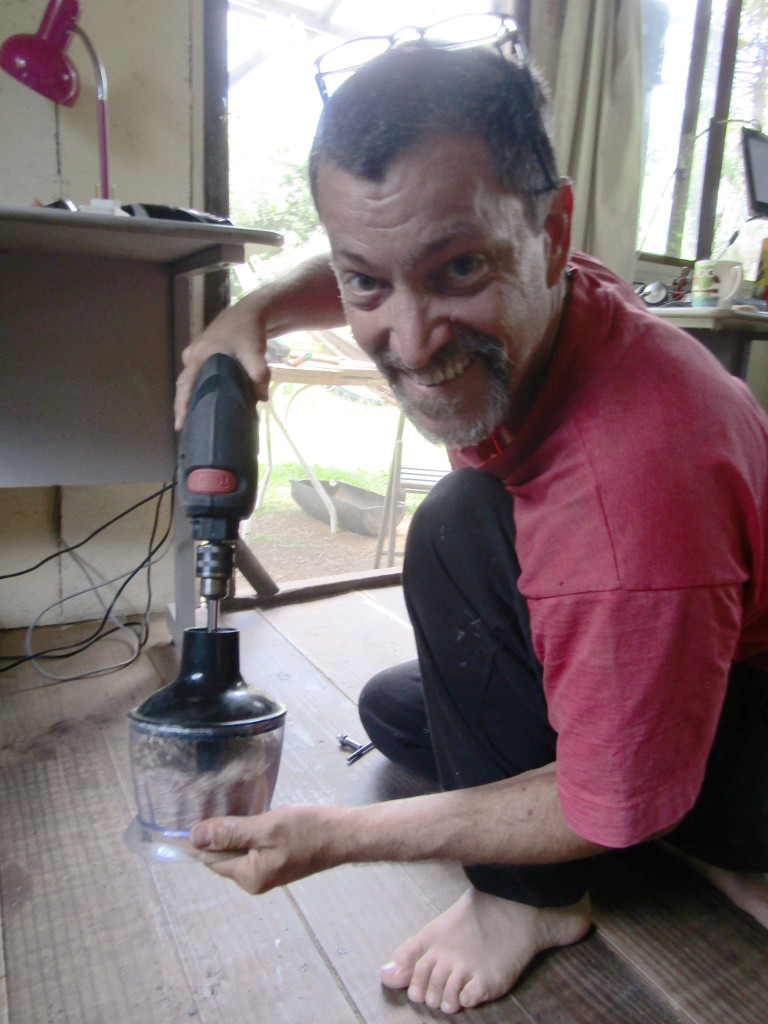 That was a great success!!! Well at least it was for about five seconds… then the plastic spindle broke due to the excess torque supplied by the power drill 🙁

But karma shmarma, all that’s needed is a more extreme form of gambiarra!