Today we first got the other 3.7 metre half of the thick 12.5×5 up and joined to make the main 7.4m roof support. And then we got all the roof frame done for the main house area. The whole rest of the day was spent getting the one metre extended bit one the west end done!

It was really tricky as it’s up very high and the extension frame pieces are really heavy – but they need to be really strong since we wanted to avoid having to use ugly external 45’s there, we assembled the extension bits as much as possible before putting them up, you can see one of these assembled bit in the middle photo below (they’ll be bolted later after we get some more nuts!). The other photos show Beth cutting the notches in the frame pieces while I hammer them up. 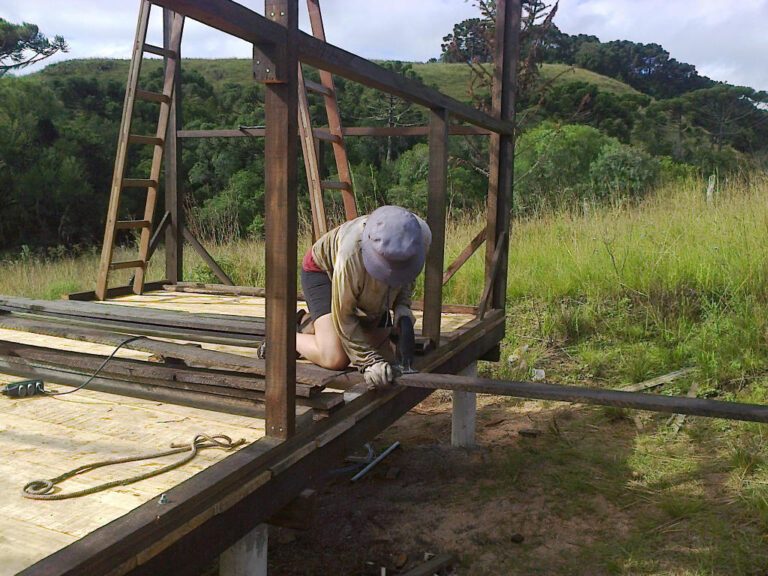 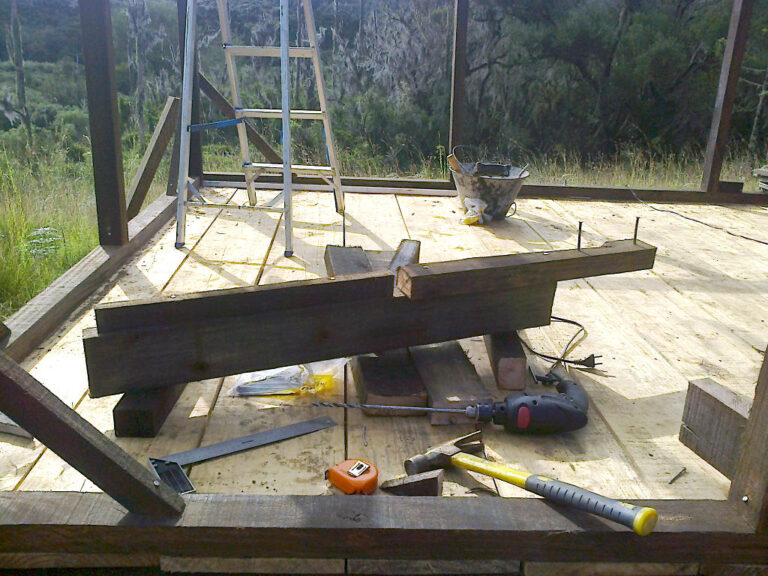 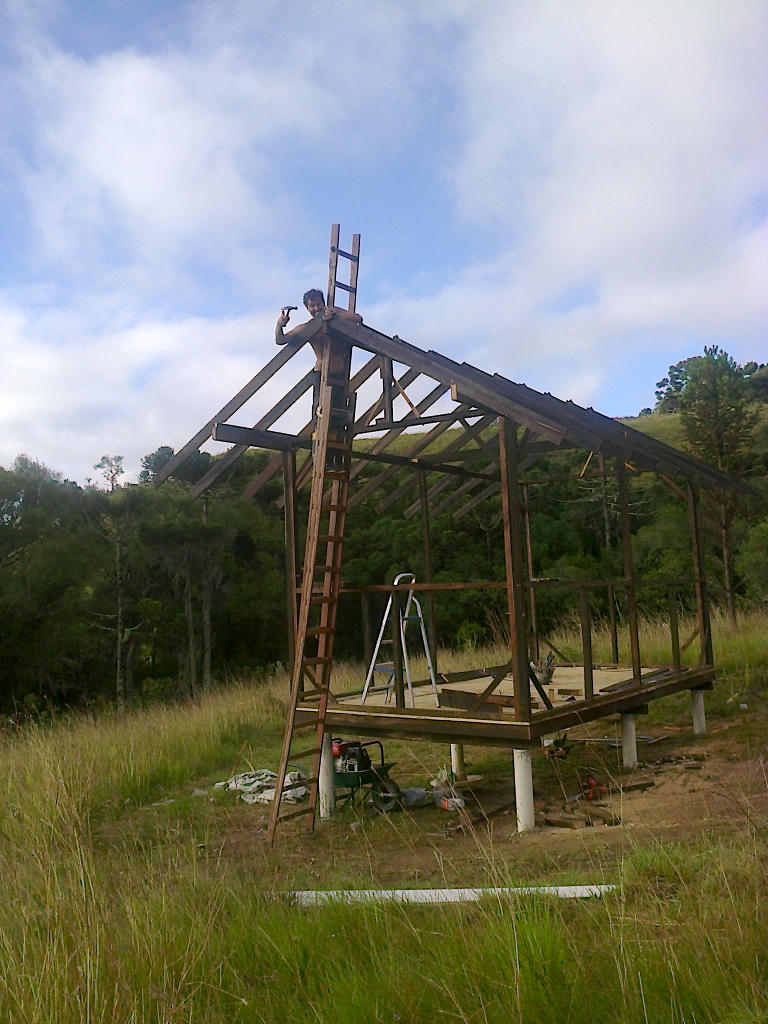 At the end of day six, we had finished the west extension, so have to go through all that again tomorrow morning!