Today the first thing we did was to get eight more 45’s made up and positioned around the top of the frame to make it stronger for all the roof frame activity that will be the main focus for the next couple of days. Then the final part of the main frame was put into place, the big 12.5×5 across the middle which keeps the two middle verticals the right distance apart and takes a lot of the weight of the roof.

Then it was time to start the roof frame! Normally this would involve making a whole lot of so-called “scissors”, but when we were staying in Pirenópolis I noticed they had used a slightly different method which I quite liked the look of, because it seemed like it would be less work and also uses the space more optimally.

The idea is to have a large solid piece all the way along the apex and then have just single pieces of 12.5×2.5 supported by this large piece. This large piece in our situation needs to be 7.4 metres long, 5.4 for the house and a metre extra at each end for the roof. Since our wood is only 5.4 metres long we decided to use two pieces of 3.7m and join them in the middle. We’re also connecting the middle down to the other large piece the joins the two verticals which required a bit of dodgy “chainsaw art” 🙂 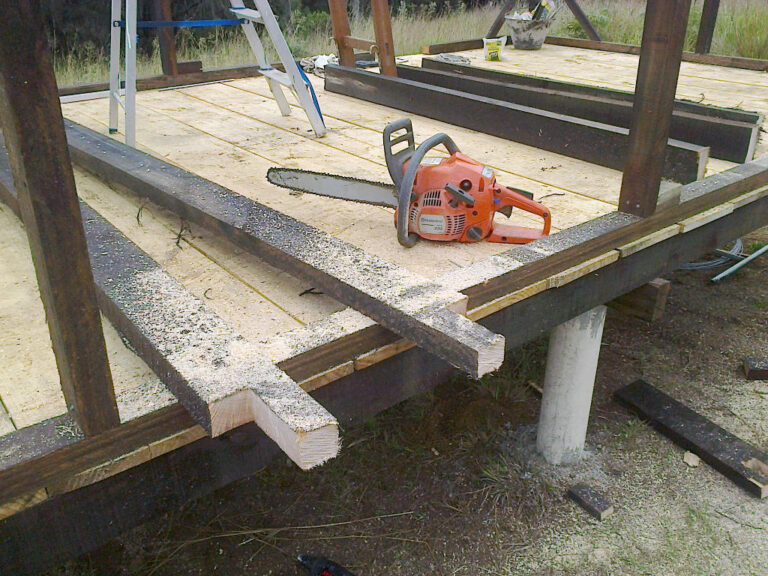 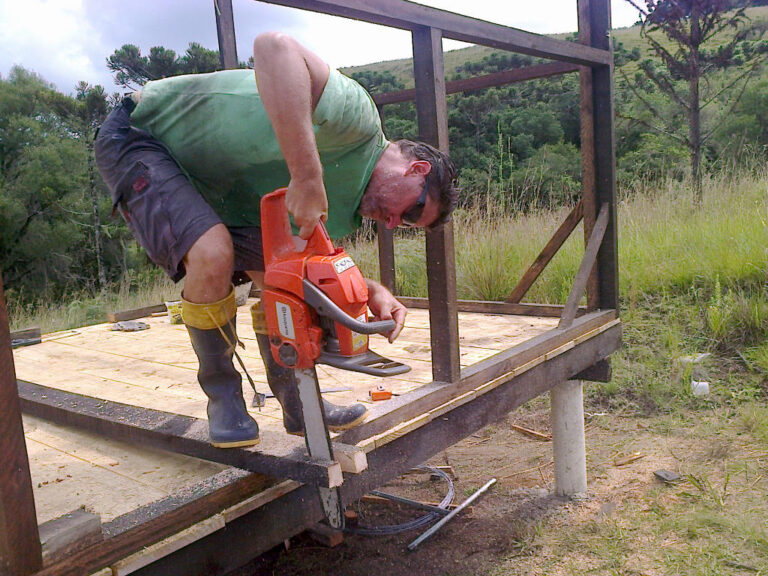 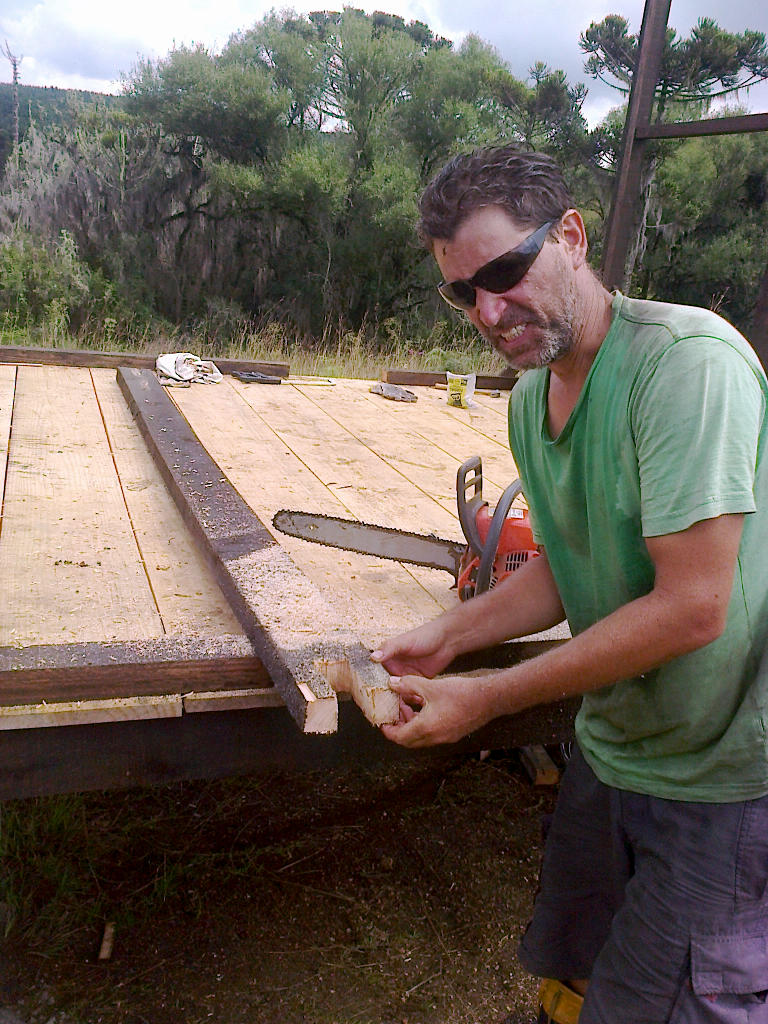 This all resulted in the slightly strange looking state shown in the first photo below, three vertical pieces positioned ready to support the large apex frame pieces. We got just one of the 3.7m apex pieces in position first and then decided we better give it some strength by adding a few of the not-scissors pieces (whatever they’re called), even though this large centre piece is very strong in a vertical direction, it relies on the other surrounding pieces for its strength in the other planes. These not-scissors pieces need to have bits cut out of them so they can sit nicely on the apex and sides, so we made a few getting the angle of the cuts a bit better each time, then when we had a pretty good one, we used it as a template to cut all the rest we’ll be needing for that side of the house.