A few months during our first year on the land we had terrible trouble with mice entering the house and chewing everything. Luckily we had all our food inside strong plastic containers so they didn’t get into that, but they get into everything and make a lot of noise preventing us from sleeping at night. Eventually we closed up all the holes so they couldn’t get in any more, but we still hear them scratching and chewing under and around the house at night.

Recently the problems began again because we’ve been drying lots of chia flowers to harvest the seeds from, and it turns out the mice really like them! We decided to make a trap that would capture them alive so we could put them over the river where they couldn’t return to the house. After some research we found that if they’re put somewhere that has a safe area for them they won’t risk returning across dangerous terrain. We have two old houses near to us that nobody lives in that the mice would likely not return from, one about 600 metres away and the other about 1km, and failing that there’s a location about 800m away in the forest that would require them to cross three streams to return.

So to make the trap I decided to check the net first to see what the simplest and most effective kinds were. I ended up making my own design which is an elaborate version of this simple idea a saw on Youtube called How to Catch a Rodent with a Paper Towel Roll. The basic idea is to put a cardboard tube on a table with the end sticking off almost halfway with some bait like peanut butter in the end. When the mouse goes through the tube to get the bait, its weight causes the whole thing to over balance and fall off the edge of the table into a bin.

I made the following permanent version using a plastic bottle, but my version has the bait separate from the tube and the tube swings back to the original position whenever it gets moved so that it doesn’t need to be reconfigured each time it catches a mouse. The bait was some chia flowers with some sesame oil on them to make them extra enticing! This version worked reasonably well and we got two mice with it within a day of setting it up! 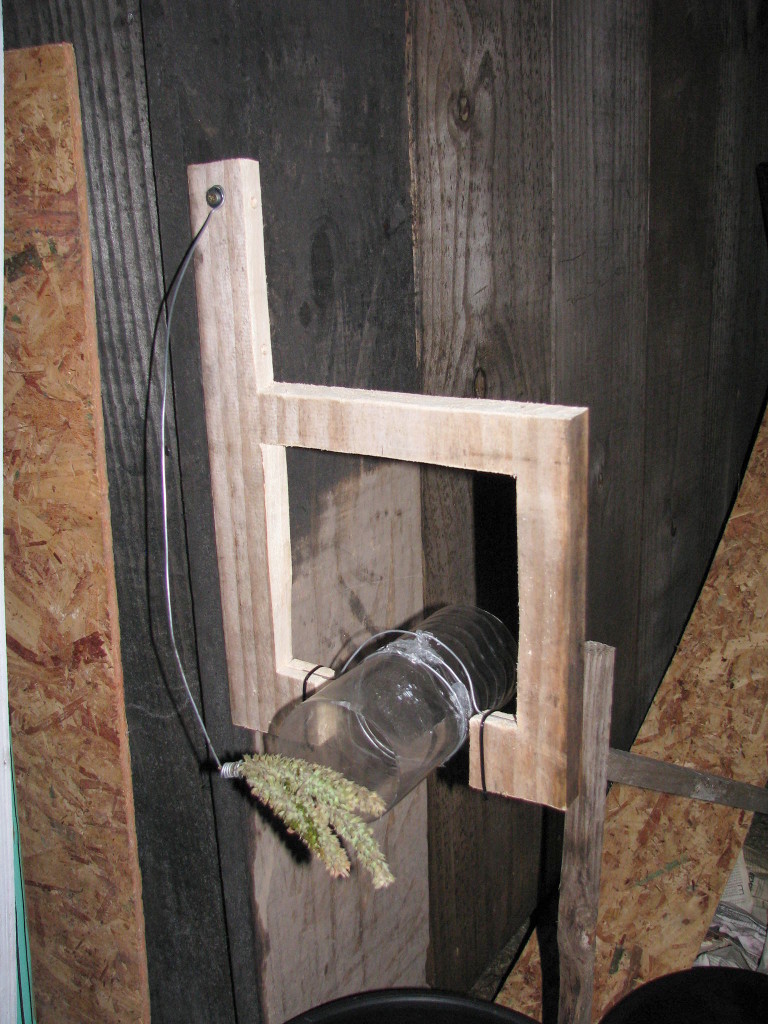 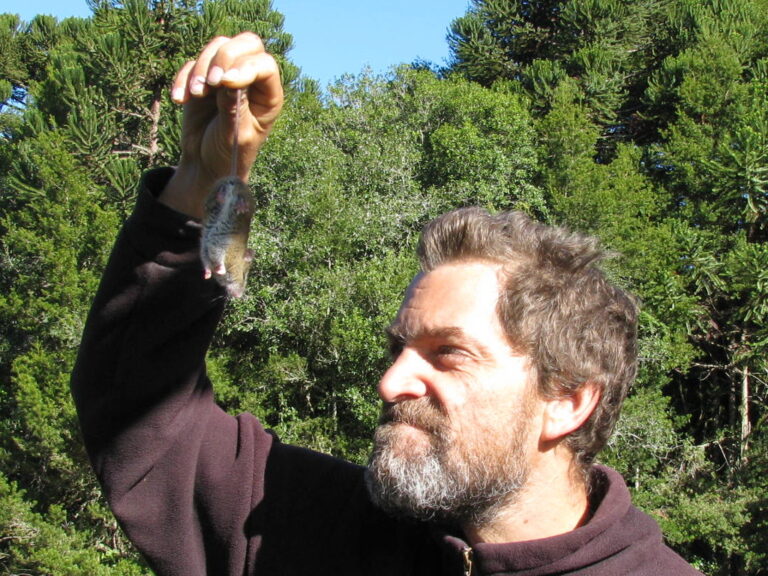 The only problem was that our bucket was only about 50cm deep which wasn’t enough, they can really jump! the tiny ones like you can see in the picture above couldn’t get out, but we got a slightly bigger one too and it managed to get out. Also it’s quite difficult getting more then one out of the bucket and into a sack to take away, so today I made some improvements. I made a tall funnel out of some plastic I had lying round and it fits neatly into a small plastic tub which we can use to carry the mice in, so when we catch some we just gently lift the funnel away enough to slide the tub’s lid off, but being careful not to create a gap big enough for them to squeeze through! 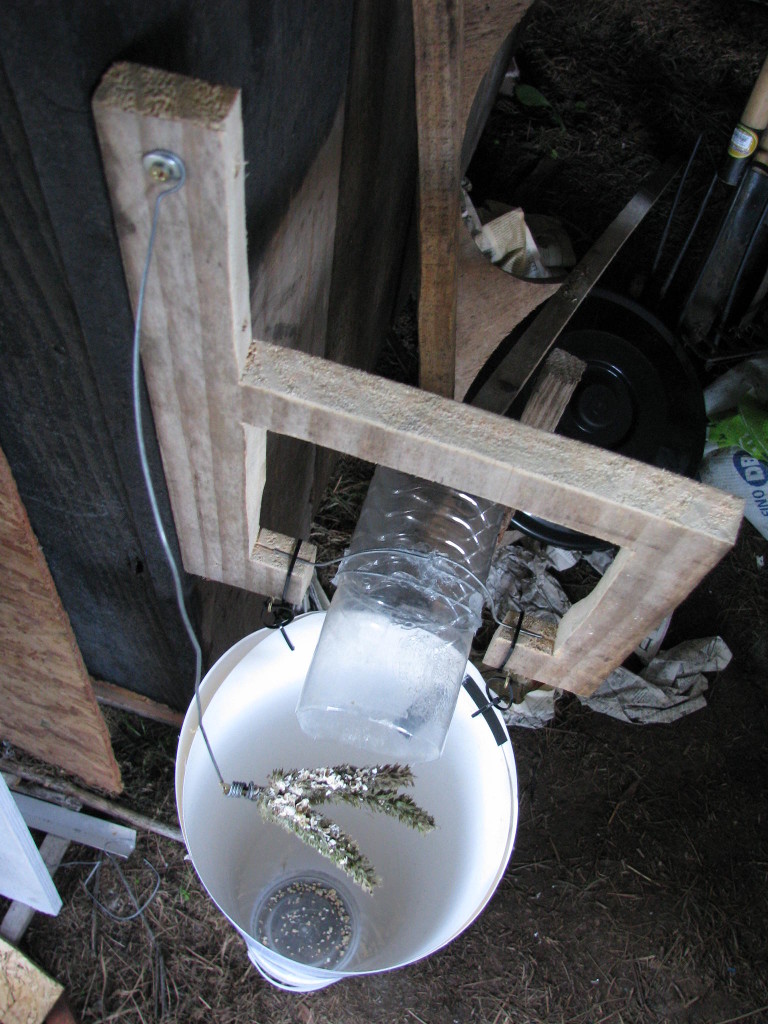 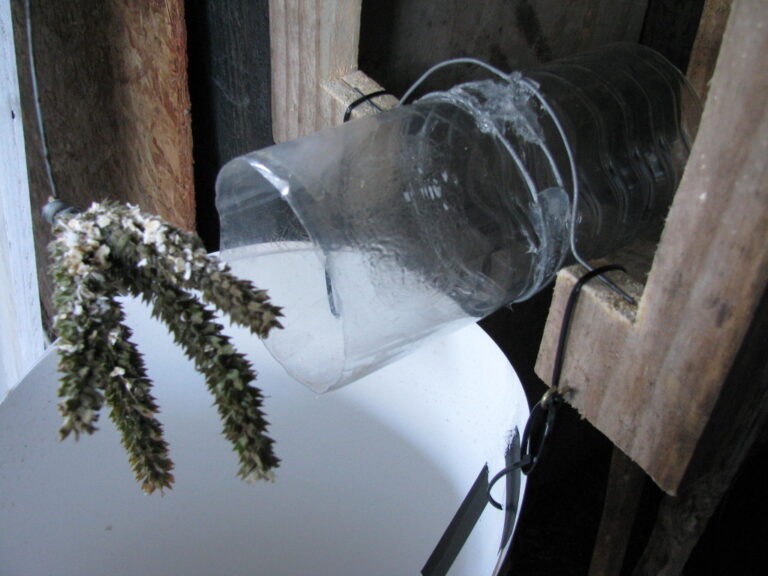