It’s Tuesday now and we’re back in Canela to collect the replacement solar panel, and take everything back to the land. But unbelievably the replacement panel is also broken!!! again he’s packed it very badly and the couriers were again very rough. There’s evidence that the corners of other heavy boxes have been slammed into the panel even though it has a large clear message saying that it’s fragile glass. If he had packed it well this wouldn’t have been a problem, but he’s just slapped a few token gestures of bubble-wrap in there with no polystyrene around it. So this one’s off to the glass guys too! unfortunately the glass is glued down onto the cells so it can’t be removed, so instead of replacing the glass, we’ve asked them to just add a new piece over the top. It’ll look pretty gambiarra and will reduce the efficiency, but it should still work pretty well I think.

During the rest of the week we got the glass into the windows and put the frames in with a simple sliding functionality. Unfortunately I ran out of silicone so couldn’t complete the east window. We’ll be going back to Canela for a day or two to bring the panels back and get everything out of the flat (which we still haven’t done!), so I can get some more silicone then. 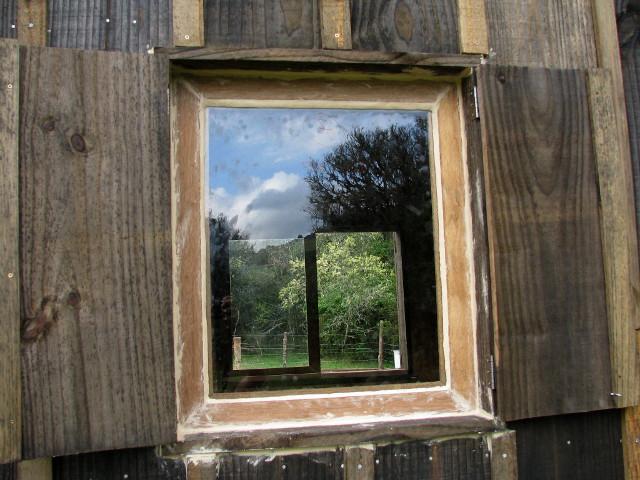 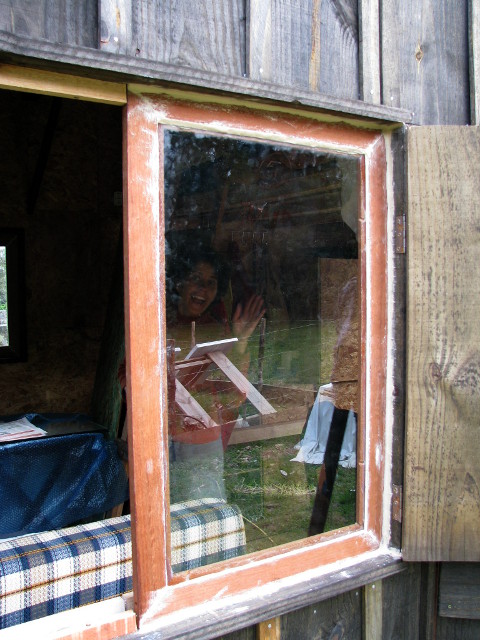 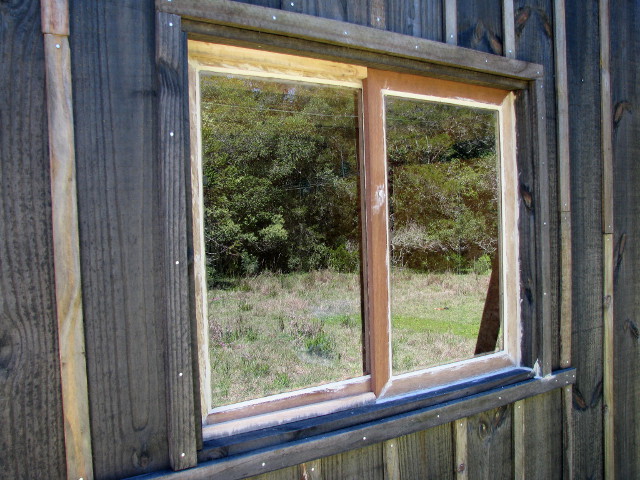