After 13 hours of bus ride and five hours of cycling we’re finally settled back at the land again! we had a couple of nice sunny days to relax after being worn out from traveling, but now it’s started raining a lot. It rained so much during the night that the river has come up higher than we’ve ever seen it and our beach is completely submerged! Here’s a picture of what it was was like before and now.

During the night when it was raining heavily we found that we have quite a few leaks! I marked the positions of the leaks with a pencil and then the next day went up the ladder to see if I could see if I could find the problems. Luckily it was very obvious and easy to fix – and in fact I’m quite surprised we didn’t have even more leaks than we did have! my gambiarra job that I’d done with the tape had begun to fail and the tape had torn in many places. The tape was only meant to be very temporary while we ordered some proper metal capping, but since it seemed to be working fine we had kept putting the capping off 🙁 A couple of the smaller leaks were not coming from the back though so they must be some roofing nails that have come a bit loose. We learned an excellent gambiarra tip from the builder who’s doing some work at our Canela flat who showed us that mixing petrol with polystyrene makes a really good eater proof glue which is perfect for putting over dodgy roofing nails. It just so happens we have a fair bit of spare polystyrene lying round (like about enough to make 500 barrels of glue!) and quite a few different types of petrol, so we did some tests and it definitely is really good stuff, it’s very water proof and went really hard and tough after a day in the sun 🙂

Progress has been very slow getting things done on the house as we’ve been so busy with other projects and moving all over the place in the last few months, but hopefully we’ll be staying more solidly here at the land from a while now. This week we started getting things moving again and got the insulation and inside wall panels in place in the loft. It feels really nice and cozy in there now! 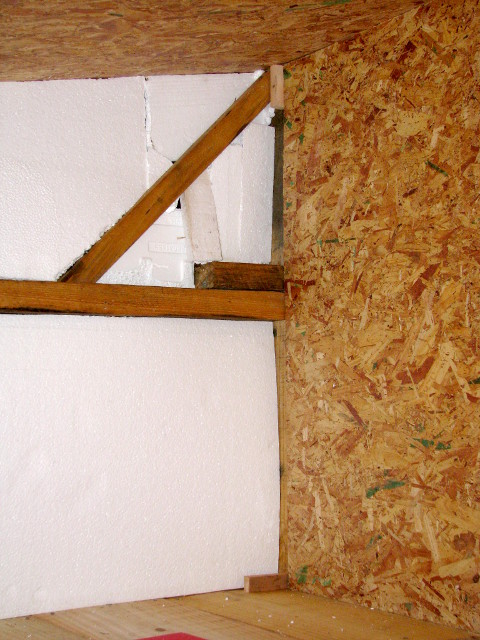 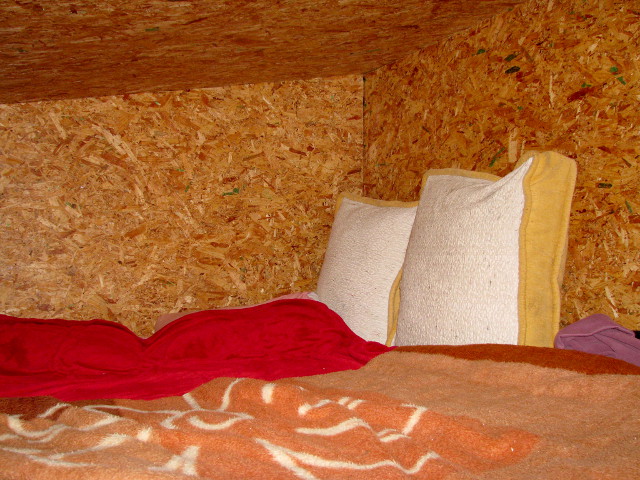 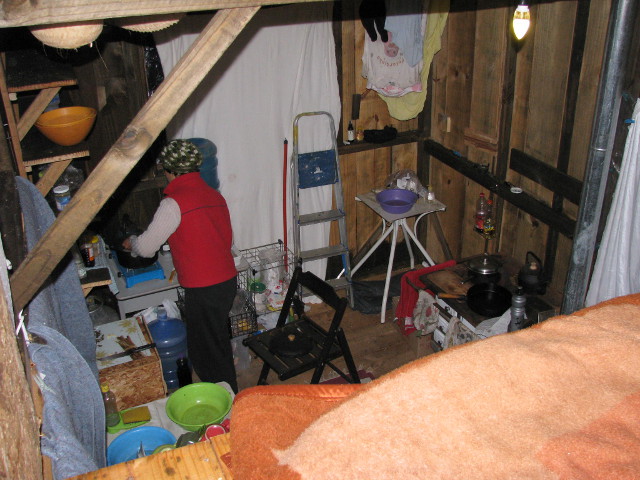 On Saturday morning Beth left early to go into Canela for the day to stock up on groceries and get some supplies from the hardware store. I spent the day doing the most complicated section of insulation and ply wall panel which is the area under the loft on the door side. This area is the most complex because there’s a lot of wiring behind it for the net and inverter switches and solar cells. Tracks had to be into the wood so that the wires don’t prevent the ply panels from sitting flat against the frame. I’ve also made a second inverter switch in the loft so that we can power everything down at night without having to climb down the ladder.

Now the switches are looking much more permanent and tidy 🙂 I also installed a power point up in the loft for using computers and things up there more easily. In the office (the area below the loft) I’ve put in a light so it’s easier to use the computer at night. Our main light is a 4.2W warm yellow LED light which puts out 400 lumens (this one). That’s a about equivalent in brightness to a 35W tungsten bulb which is pretty efficient, and it lights up our small place well enough, but it’s still quite dark under the loft and is a bit of a strain on the eyes to use the keyboard. The new LED bulb I’ve installed for the office is the most efficient we have yet, it’s this one which is only 4W but puts out 770 lumens. It’s a more pure white colour which isn’t as cozy as the main light, but is good for office-type activities 🙂