I cycled there on Thursday afternoon with a heavy backpack full of fruit and veges – I found it pretty hard, but I think I’ll get used to it after a few more times 🙂 On the way in to the land I took some photos of our place from up high on the hill, the second photo shows the entire length of the cable for net connection, but you’ll need to click on the image to get enough detail to see it. When I arrived our “island” looked quite empty as Beth had packed up the marquis and tent.

I also took some nice pictures of the entrance way to the bush surrounding our “island” (the small clearing within the bush where our house and garden are situated). The entrance way is a natural arch formed by a tree which was left after we chopped a whole lot of branches out of the way to get the car and trailer through. 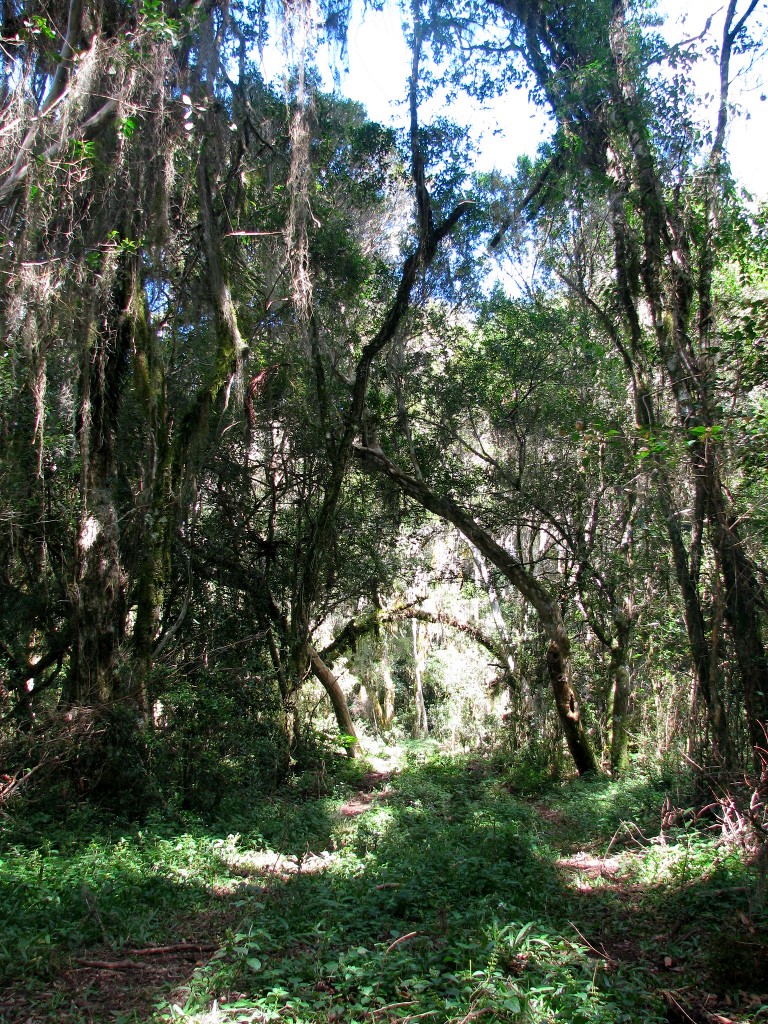 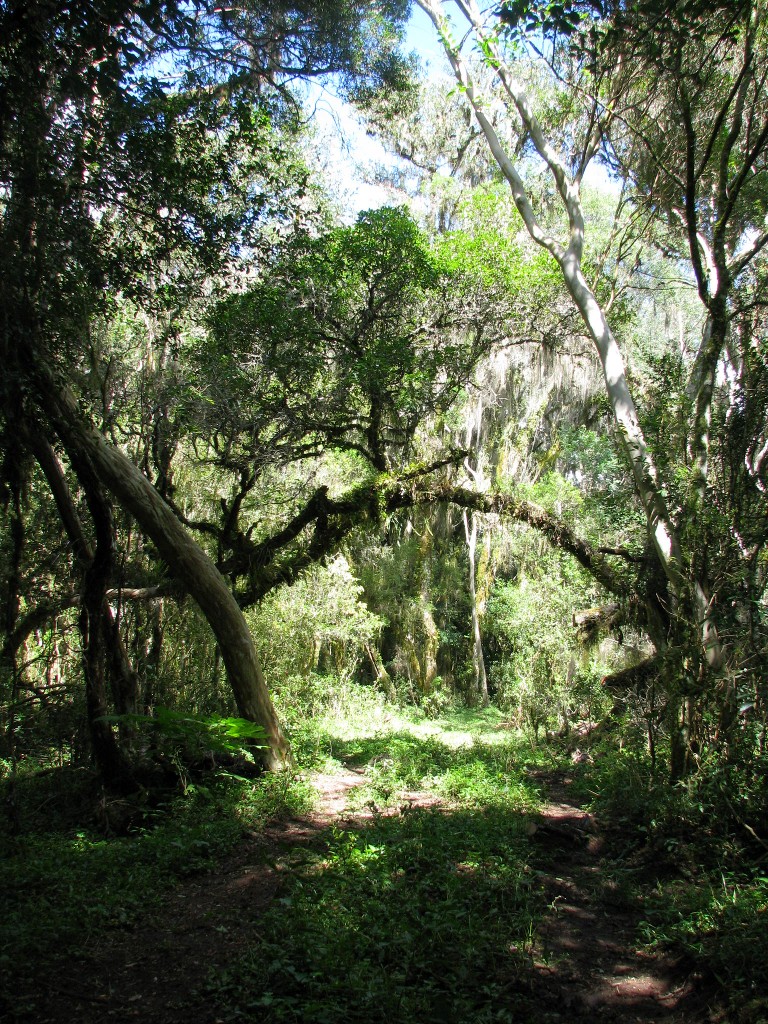 Beth was very happy after spending over a week at the land in peace and quiet – and also happy because many of the vegetables in our garden have finally started to grow – especially the pumpkin which has really gone crazy. Here’s some pictures showing the pumpkin, kumara and radish, but also doing very well are lettuce, spring onion, turnip, capsicum, mint and aubergine.

On Saturday I made another wooden box to house the equipment for the net connection at the top of our local hill. I made this box a bit bigger so that it can fit a router, a signal amplifier and any other equipment or tools that may be useful at the remote end. I also took some photos of the cell tower we’ll be connecting to (there’s actually two, a VIVO and a Claro) so I could figure out exactly where they are to get the angle of the antenna right. I used this excellent site which pinpoints all the cell towers in Rio Grande do Sul. Our towers are about 9km away, quite close to the dam, which is a fair bit further than I’d thought, but a good connection should still be available at that distance with a decent antenna and signal amplifier. Next week it’ll finally be time to test the cables and connection!

On Sunday afternoon we both walked back to the bus stop which is a really nice walk. We were a bit stressed when there was no sign of the bus after an hour of waiting though! we started off down the road preparing for four or five hours of walking, but luckily after half an hour we got a ride in the back of a pick up squashed in between a bunch of pumpkins and milk bottles! when we finally got to Canela, we decided to pop in to the bus station to find out what had happened to the bus. It turns out that our bus was pulling in just as we got there – it was an hour later due to daylight savings! that’ll teach us for being such isolated hermits! but not really – we’ll be back in the loop once the net’s up and running 🙂