This week started with an extremely hot sunny day followed by the most enormous lightning storm I’ve ever heard of during the night, I couldn’t understand how there could be so much electricity built up in the sky. Beth said she’d never seen such lightning before either, there were constant flashes multiple times every second without it letting up for even half a second for more than half an hour! then another couple of hours of flashes every few seconds – they weren’t small flashes either, many of them rumbled so much that the doors and windows were shaking like a small earthquake. I couldn’t see where exactly it was striking, but from the delay of about 6-7 seconds I could tell that it must have been a few kilometres away – where ever it was must have got some bad damage because there must have been tens of thousands of lightning strikes there! Perhaps it’s not so surprising though since Brazil ranks 4th in the world for number of fatalities due to lightning, having an average of 156,000 lightning strikes per day with most of them concentrated around Rio Grande do Sul! Luckily our land has two tall hills next to it which would attract any nearby lightning strikes away from us 🙂

We’re back off to the land today (Thursday) and a truck will be following us with a whole bunch of wood we ordered for our house! We’re starting with a very tiny version that’s only 5.4m by 2.7m so we can get something we can live in as quick as possible and to start simple for practice since we haven’t built anything as complicated as a house before 😉 I’ve also bought a box of 300 metres of Cat-5 network cable to start our rural net connection which will consist of a cable going from out house to the “rock office” on our local hill about 160 metres away. We’re back again! the guy hadn’t booked enough time (we estimated about three hours of time was needed) as we had to reschedule to Friday – also we found that our wheels are too loose and need some fixing up at the alignment place.

The plan for Friday was to meet the guy with the truck at the second-hand shop we’d ordered our wood-oven from, put that in the truck, swing by another place to pick up the roofing and concrete pipes for Bridge 2.0, drop by the wood place to collect the wood we’d ordered and then head off to the land and unload it all there – eeeeeasy.

Unfortunately things didn’t work out like that! first the guy with the truck didn’t show up, when we called him he said he was just finishing up another job, so we kept waited for another hour (we’d already been waiting an hour) then called again, this time he said he’d be twenty minutes, so we went and got our net cable. When we got back to the second-hand shop he still wasn’t there and this time when we called he just hung up! so we decided that it wouldn’t be right to give this guy any business even if he showed up, so the people at the shop gave us the number of another guy they said was good. This guy was also just finishing off another job, but he showed up in about half an hour like he said so that was a good sign – but it was now only half an hour until the roofing and wood places closed which we figured was a little too much of a rush so we planned to all meet again at eight in the morning on Saturday.

Saturday was again full of disorganisation and drama! first the second-hand shop wasn’t open at eight like they said and after waiting for half an hour we decided to go to the roofing place first. After getting the roofing and pipes the second hand shop was open, so the truck guy went to collect the oven and then we all met at the wood place – but someone had sold part of our order! the guys had to use some different wood for our flooring and make it all straight while we waited which was another hour! then we all had to load the truck by hand because the truck didn’t open at the side so they couldn’t use the fork-lift, which was another hour! Finally it was all loaded and we were on our way – the truck was well over its four ton limit – in fact we actually had to remove some of the extra wood we’d ordered because it was too heavy.

We stopped at the place just before the river where we first had our tent – there’s no way the truck would be going across our Bridge 1.0! so we threw all the wood out in a pile ready to stack after the truck guy left so save time. The next problem; when we rolled the pipes out, one of them broke revealing that they didn’t have any reinforcing in them which makes them useless for a bridge! this means we’ll have to delay Bridge 2.0 and carry the wood a little at a time in the car without the trailer 🙁 After it was all unloaded we’d taken up about seven hours of the guys time! so we paid him double and off he went back to Canela – but as he drove off the path slightly to get around our car his truck sunk into the mud and got stuck! we had to spend another 45 minutes filling the hole around the wheel with wood and rocks and getting covered in mud pushing the truck out!

We’d had about enough by this point, so we thought we’d just stack the wood tomorrow and go to the tent for dinner – but when we got to the island, the tent was all sagged over with snapped poles and ripped cords and the marquis blown away!!! We had our dinner first anyway since we were starving by this point, and after that I was able to pull the broken poles out and fix them by using insulating tape to hold the split segments together, and fix the snapped segment ends by pulling the snapped-off parts out of the metal sleeves with pliers and fix up the segment end they broke off from with a hacksaw and file. We then had an early night because all the wood was wet and I couldn’t start a fire 🙁

Sunday morning was really nice weather, but we were finding it a bit hard to remain in good spirits and felt a bit overwhelmed and we both had a bit of a futility attack. But we did some meditation and then tidied up the messy pile of wood into orderly stacks and then carried three pieces over so we had at least the tiniest but of progress made on our house! 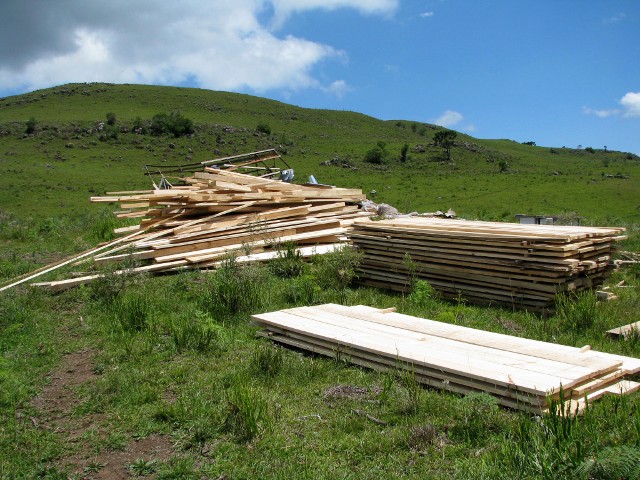 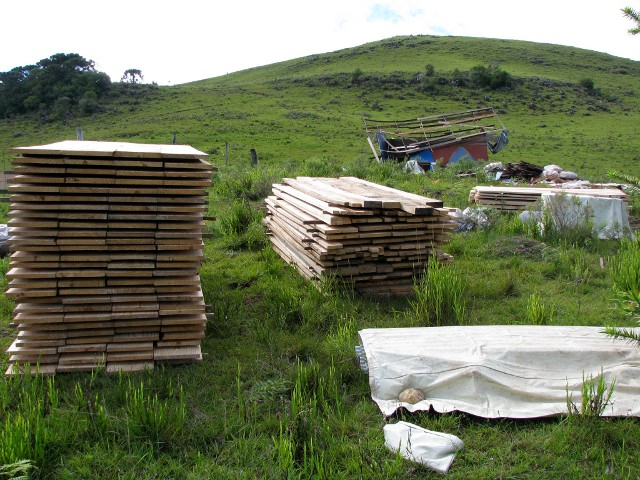 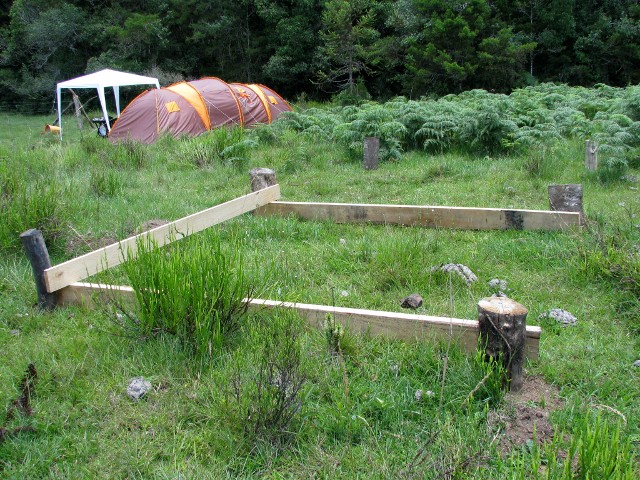 We were too tired to do much else that day so we left back for Canela in the afternoon. Then just up the road a little we saw an awesome lizard about a meter long ambling along lazily in the sun. It looked like the same kind we saw in Puerto Iguazú. We then went to our favourite cafe and met up with Beth’s sister Rosana (pronounced “Hosarna”) and her partner and his son as they’re visiting Canela for a few days, so the week ended on a nice note 🙂 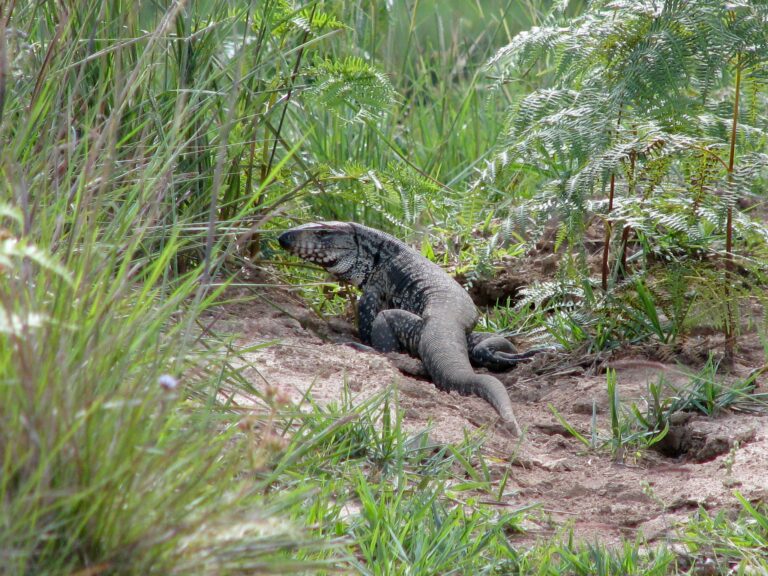