After a very dark winter with literally weeks of solid rain and even longer periods with no sun, we’ve finally decided that it’s time for our solar power experiment to give way to the grid! We’re still going to continue with our power project, but we’ll change our focus to micro-hydro since we have a usable river current nearly all the time, and we’ll look in to more exotic forms of power as well such as hydrolysis and Tesla antennas 🙂

The first step to getting connected to the grid out here is to get a power pole put in with a meter on it. Then we can call another company who can connect out pole to the closest existing poles. It took a while to find someone reliable for the first job of putting the pole in, and then he had to cancel due to rain so we thought we’d miss out this year since we’re leaving for Brasília in a few days, and then for NZ after that. But the weather has been good for the last few days and he spontaneously appeared today. He didn’t like the look of the place though as he reckoned his truck was too heavy and the ground was still quite muddy.

But half an hour of convincing rational argument did the trick and they got to work! 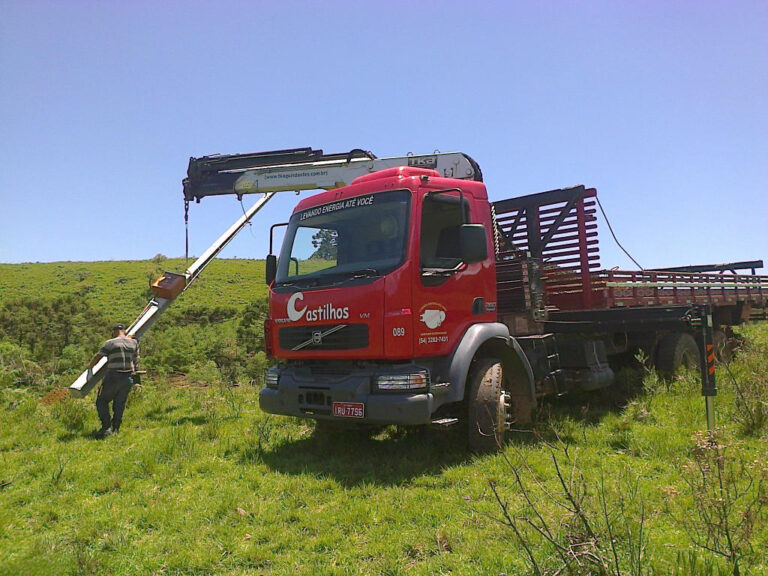 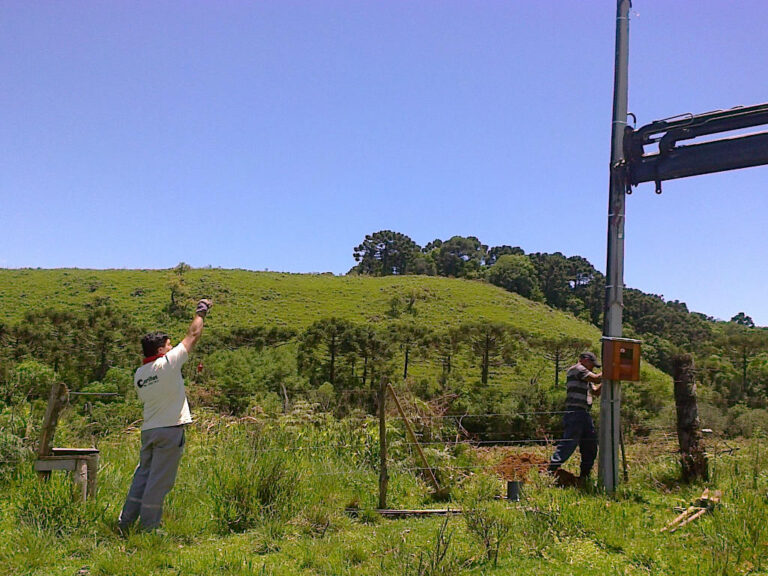 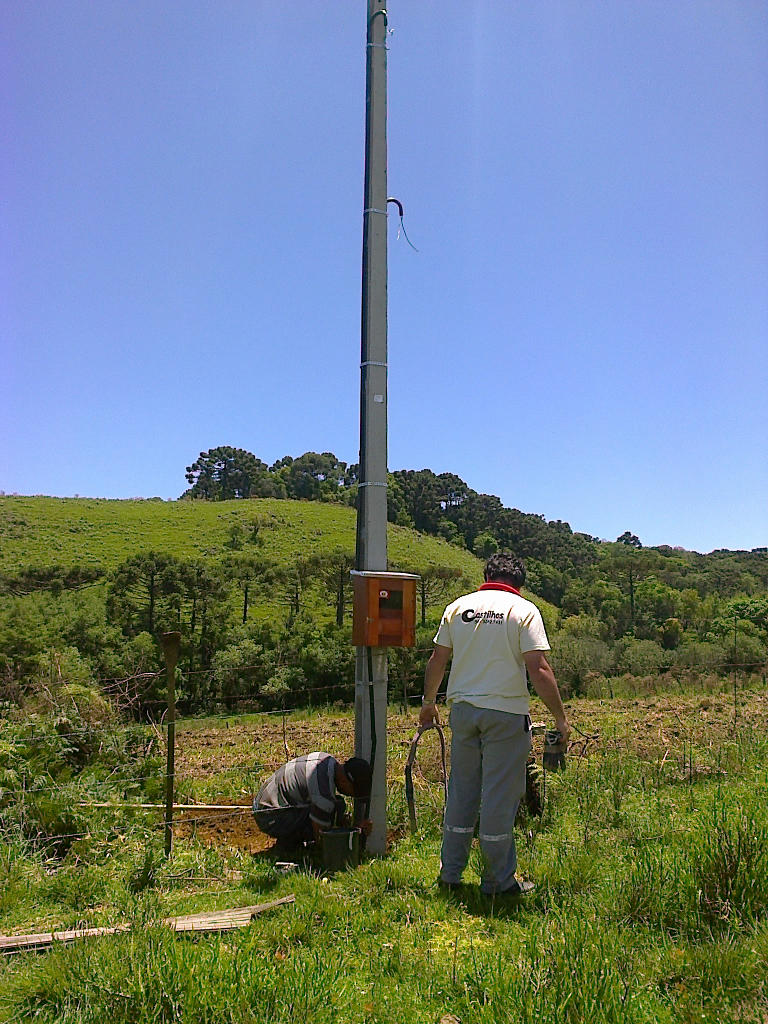 And now we have a shiny new power pole! We think that the internet suddenly got awesome and the power suddenly happened because the Buddhist guardians are blessing everything to keep us working hard on the Ligmincha system! This photo seems to confirm that idea somehow 🙂