Barry left this morning so we’re by ourselves again now, but we’re going to Canela tomorrow for some supplies so we may catch up with him again at our favourite cafe, Confeiteria Martha. We took a couple of shots of Barry as he was preparing to leave. The second one shows the fire pit that we cooked the Pinhão in Sapeco style, which still has some Grinfas in it, then behind that Barry is standing next to a baby Araucaria with a young one directly behind him and a large old one in the background. 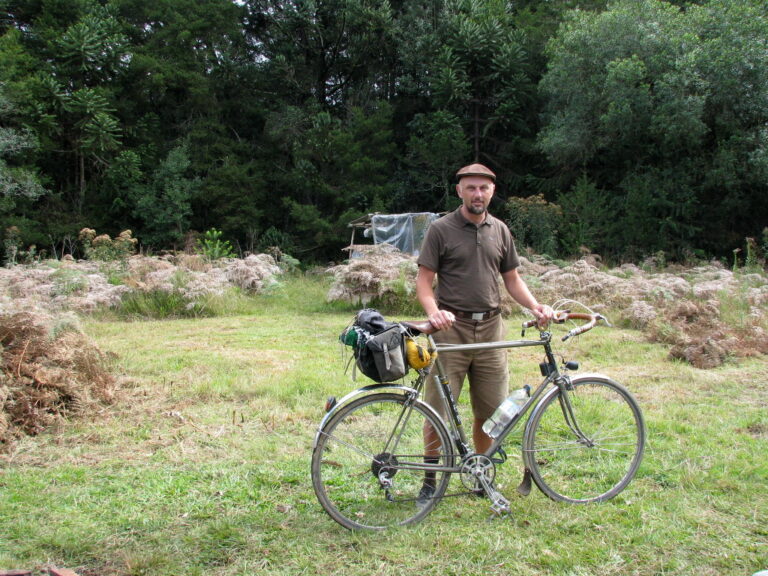 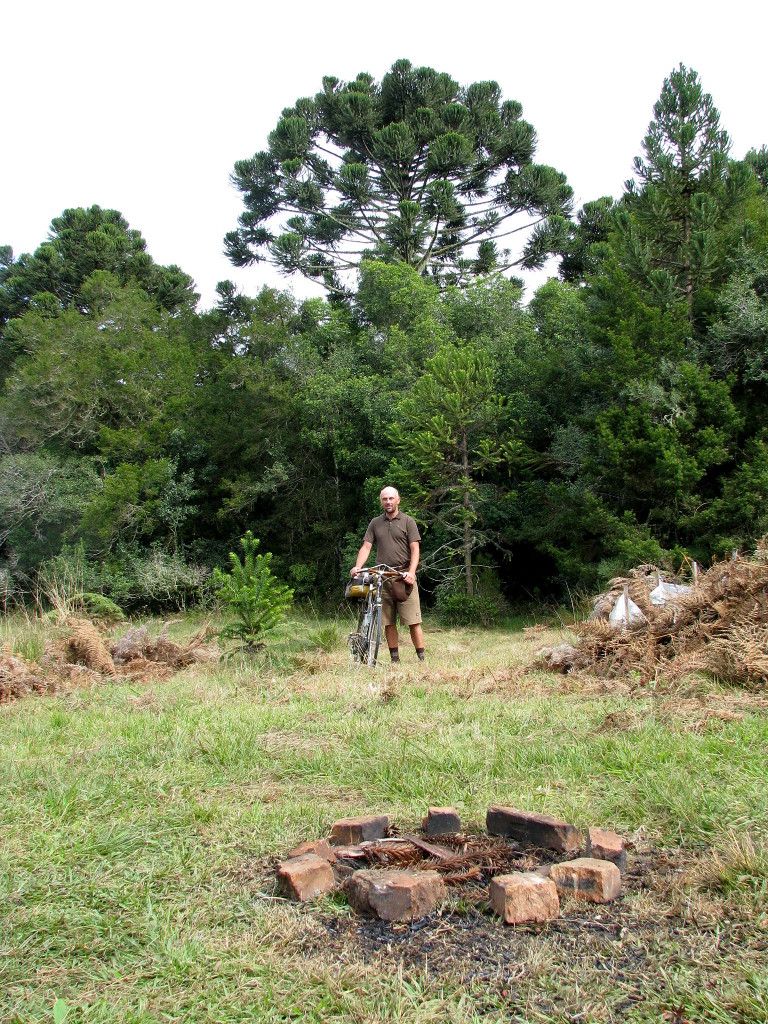