We went to the land early Thursday afternoon even though the weather wasn’t the best, and spent Friday and the weekend building our bridge so we could get the trailer across to our land. This is important because we’re not able to start ordering wood for the house until we have the trailer there to store it in and to transport it from the river to the land.

Basically the idea was to spend $0 on it by using scrap wood and fallen branches we found around the place, and to use four strong logs which would be positioned under the wheels of the car and trailer (the car wheels are 1.8m apart, and the trailer’s are 2.1m apart). Here’s some pics we took during construction. 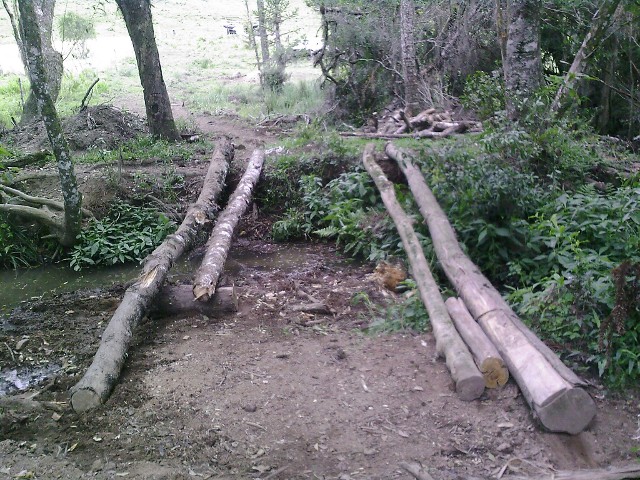 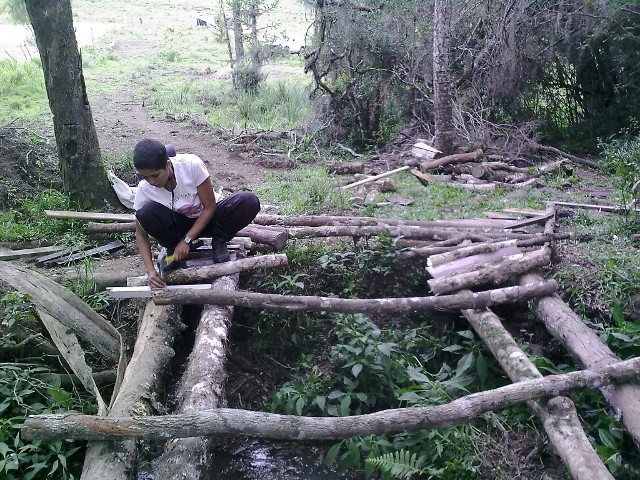 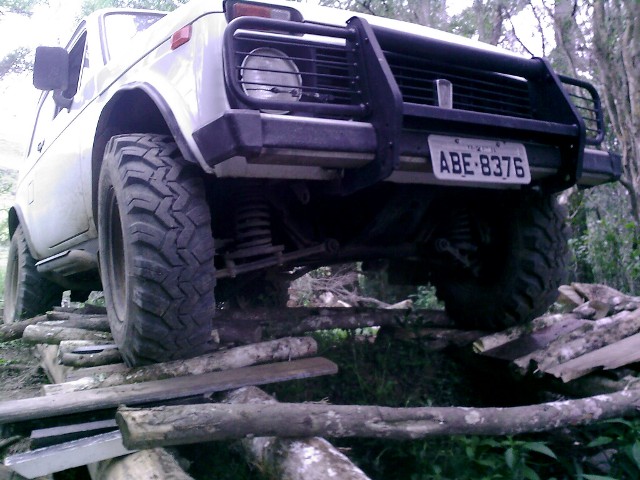 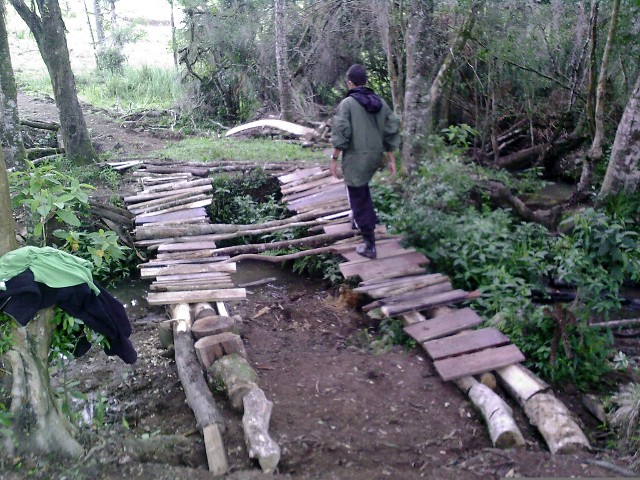 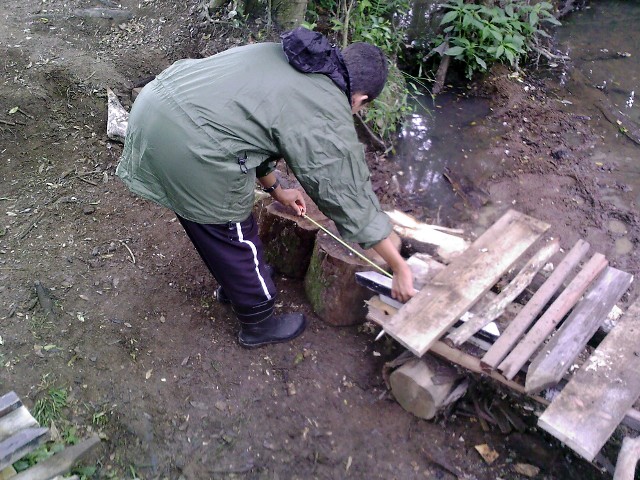 We then tested taking the car across both ways before attempting the trailer. The bridge worked fine with no problems, but needs someone to get out of the car and guide the driver as it’s impossible to see if the wheels are lined up properly from in the car.

So finally we took the trailer across! we definitely won’t be taking the trailer across it again! It’ll have to wait for Bridge 2.0. We emptied everything out of the trailer first to minimise damage in the event of disaster. We couldn’t quite get the trailer lined up initially so we added a few extra logs and some bricks – some of the bits of wood started coming off, but by maintaining forward motion it was ok – toward the end it got a bit dodgy, but Beth made a quick run for it at the end and made it across!

We then set off for Canela at about 7pm Sunday evening leaving our trailer next to our local hill. As we passed the small dwelling wrecked by the storm we noticed it had a new resident 🙂

We still had about 5km of dirt road to go when we heard a huge thud followed by strong grinding sounds! It sounded as if the gear box had suddenly blown up or something! We took a look under the car and soon found the problem – the transfer case had broken off from the bottom of the chassis! the left hand side was rusted and the bolts had ripped out.

This could have been a really bad night because even though we could see what the problem was, we didn’t have anything in the car we could fix it with! luckily within half an hour three gaushos came by in a delivery truck, and even though they didn’t have any tools either, they said they could bring something back as they were dropping off a delivery and then coming past again about 10 minutes later. I decided the best bet would be to ask them to come back with some pliers and fencing wire so I could then do some in-the-field gambiarra to temporarily get the transfer case back in to position so we could get the rest of the way back to Canela and get it fixed up properly by a mechanic on Monday 🙂

This is often a problem when driving off road and many people reinforce their transfer-case mountings using a variety of methods.